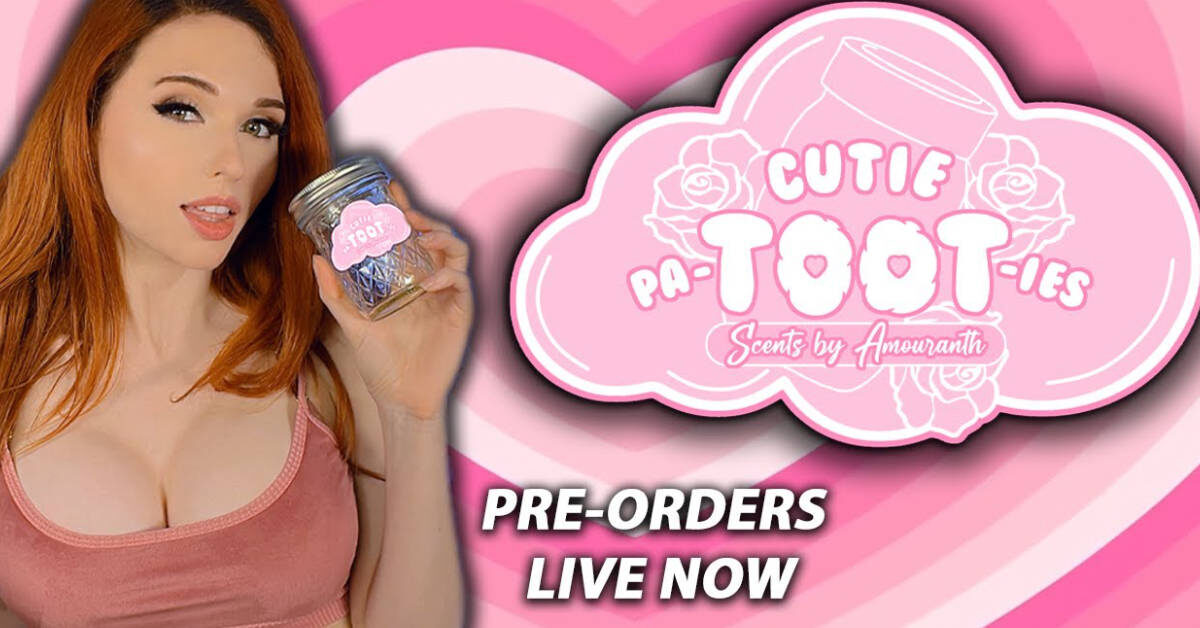 On Monday, Twitch streamer Amouranth took to Twitter to announce a new business, a stinky one.  In her tweet, she announced her new business called Cutie pa-toot-ies, and if the name doesn’t make it clear enough — her business model is centered around flatulence. On her business’s website, it advertises that “Each Jar is Autographed by Amouranth and Hand Numbered from 1-1000.” Additionally, on her site, she is selling ‘Hot Tub’ water. Furthermore, the site also features a video of her advertising the product, where she demonstrates how it made:

“We at Cutie Patooties believe that the best farts are those that are naturally occurring. Thus, the team works tirelessly to bottle and collect the clouds whenever the right moment strikes.”

Following her announcement, many in the community reacted with shock. Fellow streamer Mizkif took the opportunity to voice his confusion about the matter: “what. the. fuck” he said on Twitter.

A few fans took the opportunity to react on Reddit as well. Many were cracking some hilarious jokes about the situation.

On stream, Mizkif confronted Amouranth about her new venture.

Unfortunately, Amouranth is not the first influencer to sell bathwater. Back in 2019, Belle Delphine launched and successfully sold out her ‘GamerGirl bath water’.

…So my bath water actually sold out wtf?
I didn't expect to sell so many or to have THIS many baths either LMAO
~For anybody waiting on one don't be worried if they're a lil late im working on getting them to you as fast as I can! ~
see my lewds here… https://t.co/EIxHkX82Dy pic.twitter.com/IqXnfiOhOX

Additionally, Amouranth is not the first influencer to try to capitalize on farts. Earlier this year, The reality TV star named Stephanie Matto, who’s best known from the show 90 Day Fiance, had found success in the fart business. However, Unfortunately for her, Matto had suffered what she described as a “fart-attack” after her gaseous diet lead to hospitalization and the end of her fart career. You can read more about her fart-attack story by clicking here.