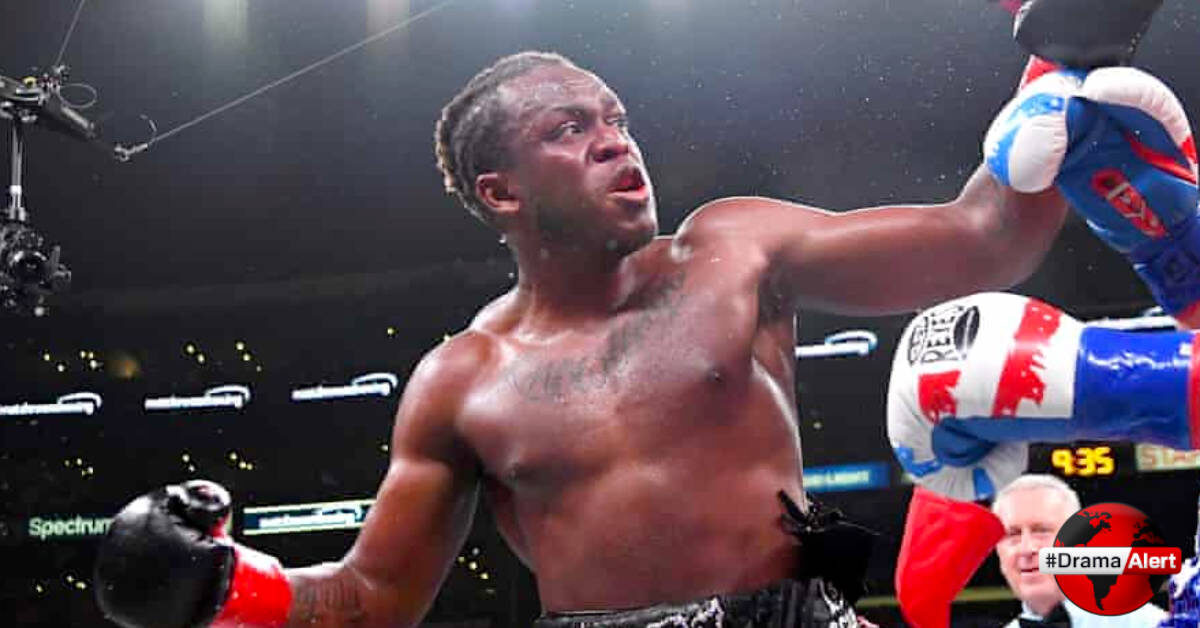 Update: New information about this article can be found by clicking here!

On March 12th, 2022, Austin McBroom set the Record straight following accusation from KSI’s Manager. On Twitter KSI’s manager Mams Taylor updated fans about KSI’s future in both music and boxing. In statement, he informed fans that they can expect both from the YouTuber later this year. Additionally, he shared some words regarding KSI fighting Austin McBroom. On Twitter Taylor hinted at the fact that McBroom was asking for too much money in order to fight KSI.

If 🍄 wants to fight anyone he has to stop negotiating like he taught Mayweather how to fight. So far he’s been full of 🧢. Hopefully, soon he will come down to earth and realize no one is paying him a gazillion dollars to fight. 🙄

McBroom was not very happy with Taylor’s tweet. In fact, McBroom took the comment section of HappyPunch’s Instagram to set the record straight. On Instagram, McBroom let fans know that KSI’s team allegedly never even reached out to him to make a fight offer. McBroom also called KSI’s manager’s statement “CAP”. 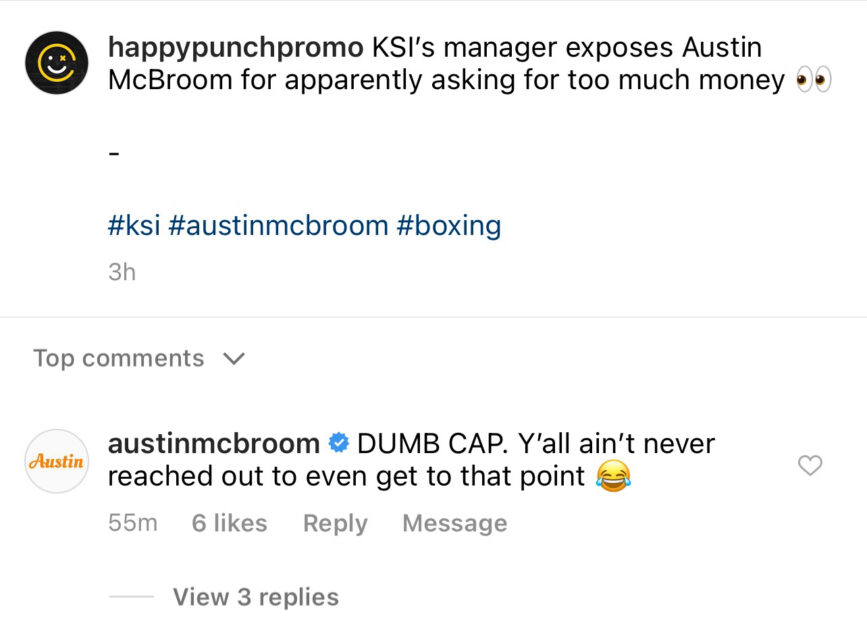 Following Taylor’s tweet, fans of KSI & McBroom started analyzing the image and conducting photo-forensics. A few were able to restore parts of the blocked out image, revealing the preposed Monterey figures.

In response to Taylor’s image, McBroom took to Instagram in a now deleted comment. In the comment, McBroom shared that this offer was for Gib, and not KSI.

In response, Taylor clarified via Twitter that offer was indeed for Gib, however, Mams Taylor shared that KSI’s offer was “way more against [him]”.

Following that, McBroom then took the opportunity to flame KSI’s manager via IG stories, where he shared the following:

As of now, KSI has yet to comment publicly on the matter; however, he probably will at some point. We will update this article whenever KSI does.