Bhad Bhabie Claims She Made Over $50 Million on OnlyFans 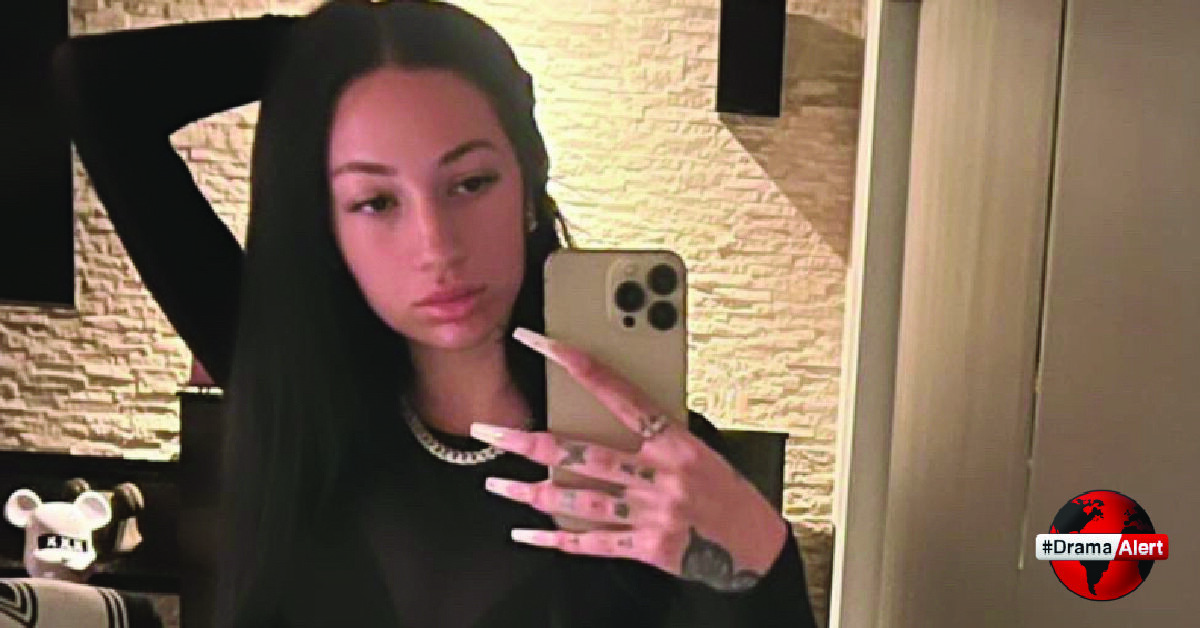 Bhad Bhabie has found new success on OnlyFans, and with it, a sizable sum of money — $52 million to be exact.

She first claimed it on Instagram Live, where she lashed out at people who still refer to her as the “cash me outside girl” from her career-launching Dr. Phil interview back in 2016. She accuses her critics of dismissing her achievements in other fields, such as music and, more recently, OnlyFans.

Bhad Bhabie, whose real name is Danielle Bregoli, says she would rather be called “the girl who made over f***ing fifty million dollars on f***ing OnlyFans.” This is certainly an impressive feat, considering she has only been on the platform since last April, just days after her 18th birthday.

#BhadBhabie claims to have made $50 million on OnlyFans and that she is more than just the “catch me outside” girl 👀💰 pic.twitter.com/x8c6VOU0vb

Many people expressed their skepticism online, and Bhad Bhabie responded with receipts. “Go cry about it b***h,” she captioned under a photo of alleged proof posted to her Instagram. The screenshot shows a whopping total gross of more than $52 million, with a net income of more than $42 million. A detailed cash flow analysis is also provided, revealing that the majority of her earnings came from messages and subscriptions, which are currently priced at $23.99 per month. 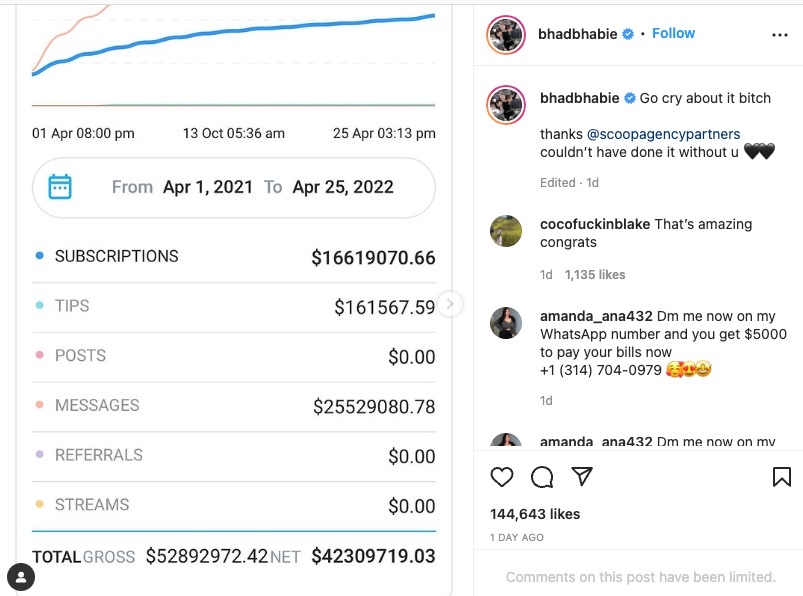