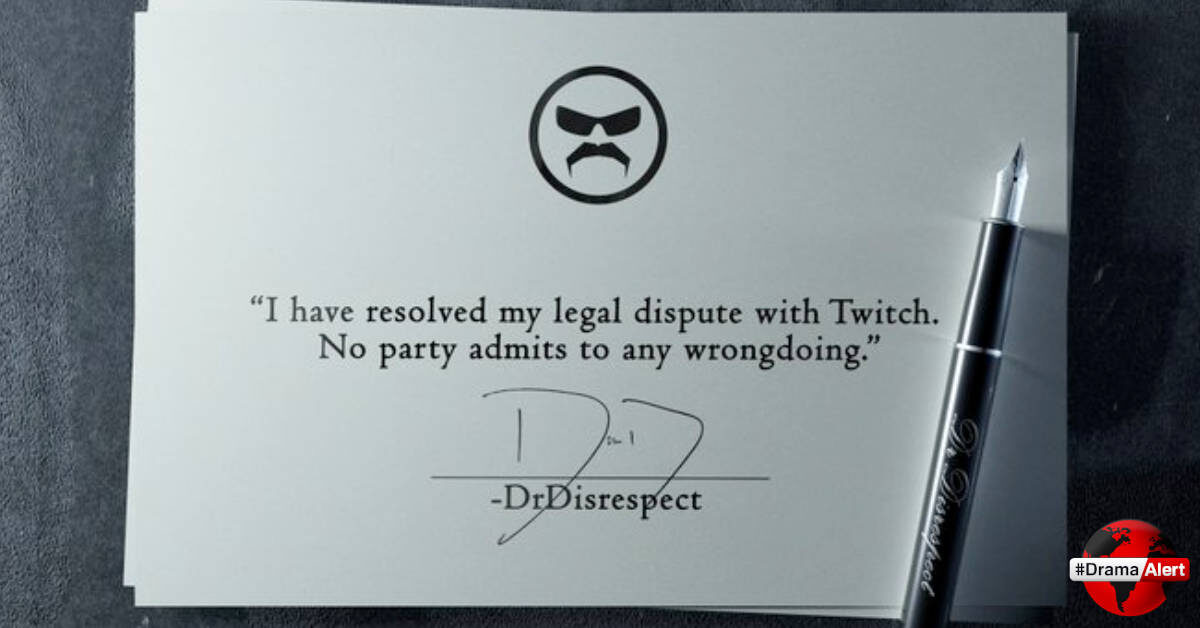 On March 10th, DrDisrespect took to Twitter to reveal that he and Twitch have resolved a legal dispute. Such a statement comes shrouded in years of mystery, as the infamous streamer was abruptly banned from Twitch back in June of 2020. Many in the community speculated over the reason for the ban, however, to this date, no one knows the nature of his ban. Additionally, to add to the mystery, DrDisrespect has seemingly dodged all questions about it since.  Meaning, for years now, fans have been speculating and searching for an answer. Well, today fans finally got an update — but some in the community are still confused as to what this update means.

Back when DrDisrespect was first banned, the community turned over every stone in hopes of finding some sort of answer. At the time of his ban, DrDisrespect, whose real name is Guy Beahm, had no known warrants or any pending charges. DrDisrespect’s latest Twitter statement however gives fans some insight into the situation — as there appears to have been some sort of legal disagreement between the streamer and his former platform Twitch. Back on March 12th, 2020, DrDisrespect announced his multi-year-long exclusivity deal with Twitch; such a deal was reportedly worth millions. With the streamer’s recent statement in mind, there may have been some dispute over the deal — as that is what the statement seems to imply.

Streaming to billions around the world, only on @Twitch pic.twitter.com/nwfsjDJCWj

For now, fans still have to wait in order to get the full explanation for DrDisrespect’s ban. However, according to a secondary statement made via Twitter, the streamer has no plans on returning to Twitch.

In response to all your questions, the Doc will not return to Twitch