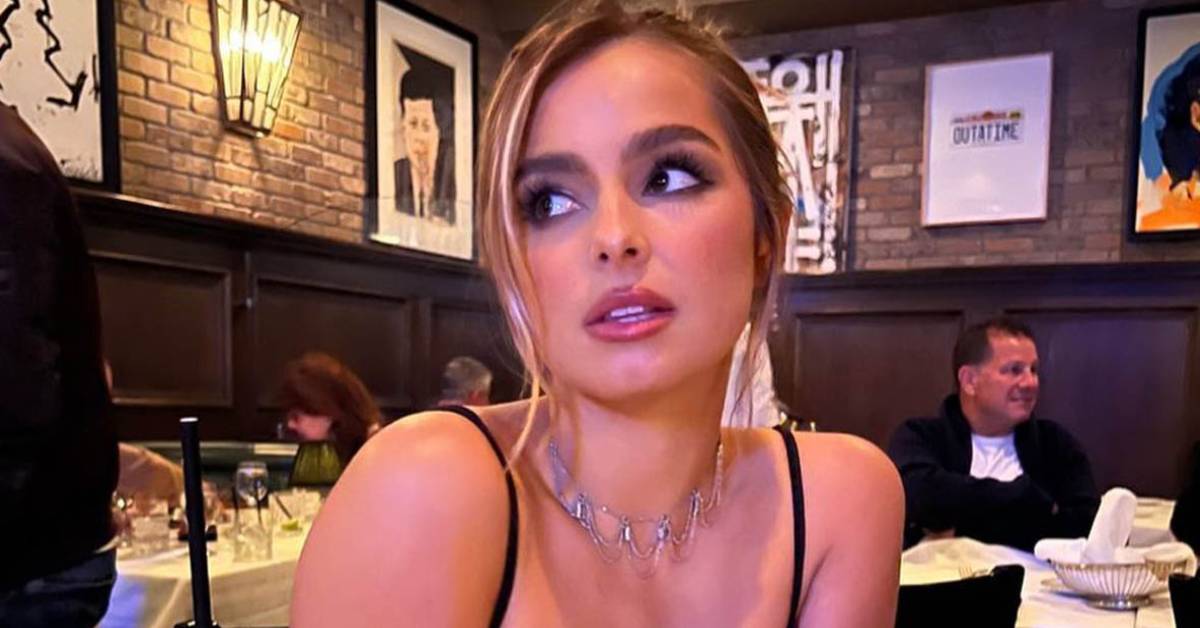 Fans of HBO’s hit series ‘Euphoria’ are furious over recent rumors that TikTok star Addison Rae will participate in the series. These rumors come during a pivotal point for Rae in her acting career. Last year she starred in the Netflix movie ‘He’s All That’. Additionally, she is also expected to star in the film ‘Fashionista‘ which is currently in production. Additionally, according to a recent Deadline report, various Hollywood studios have competed for Rae to star in up-coming movies.

The rumors of Rae potentially joining the series are not baseless. A few months ago, Rae revealed in an interview with MTV that she would like to join the series cast. Furthermore, Rae recently posted a photoshoot on her Instagram page which resembled the aesthetic of “Euphoria“. Finally, yesterday she posted a tweet reminding fans to watch the episode airing that night. She even warned that the tweet was only a friendly reminder. All of these actions further fueled the rumors.

Why’s everyone freaking out? I was just posting a friendly reminder since it’s Sunday.. anyways.. 😛 https://t.co/tvvExff6RR

if addison rae gets casted in season 3 of euphoria im dropping it, like thats so disrespectful to zendaya bro💀

rebuking even the slightest possibility of addison rae is in euphoria in any capacity pic.twitter.com/cnPRW3tMGm

Consequently, a petition against Rae for joining the cast of ‘Euphoria’ was created. The petition’s description states that the euphoria fan base disagrees with Rae’s potential inclusion, and that the fans will no longer watch the series if such inclusion arrises. Since its creation, over seven thousand people have signed the petition. 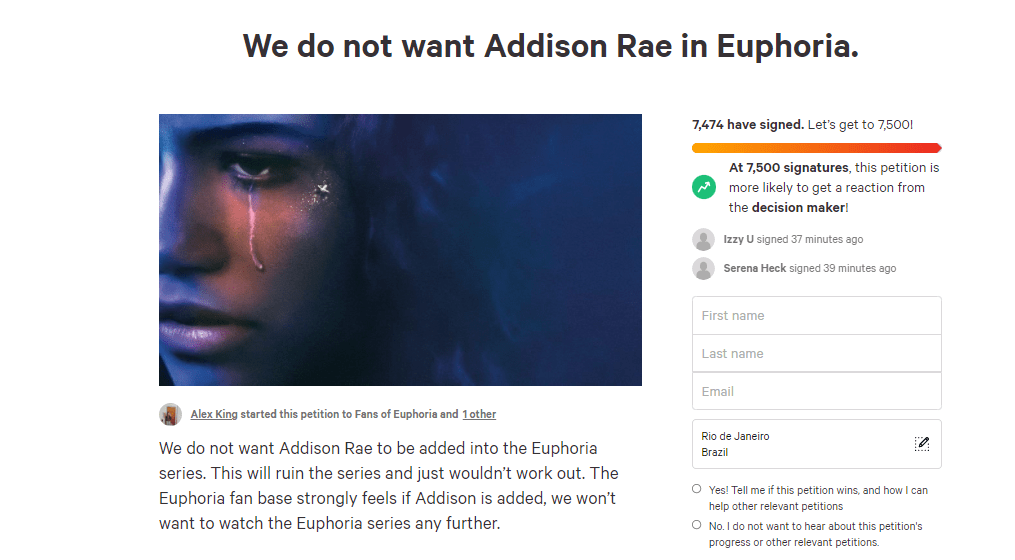 A screenshot of the petition.