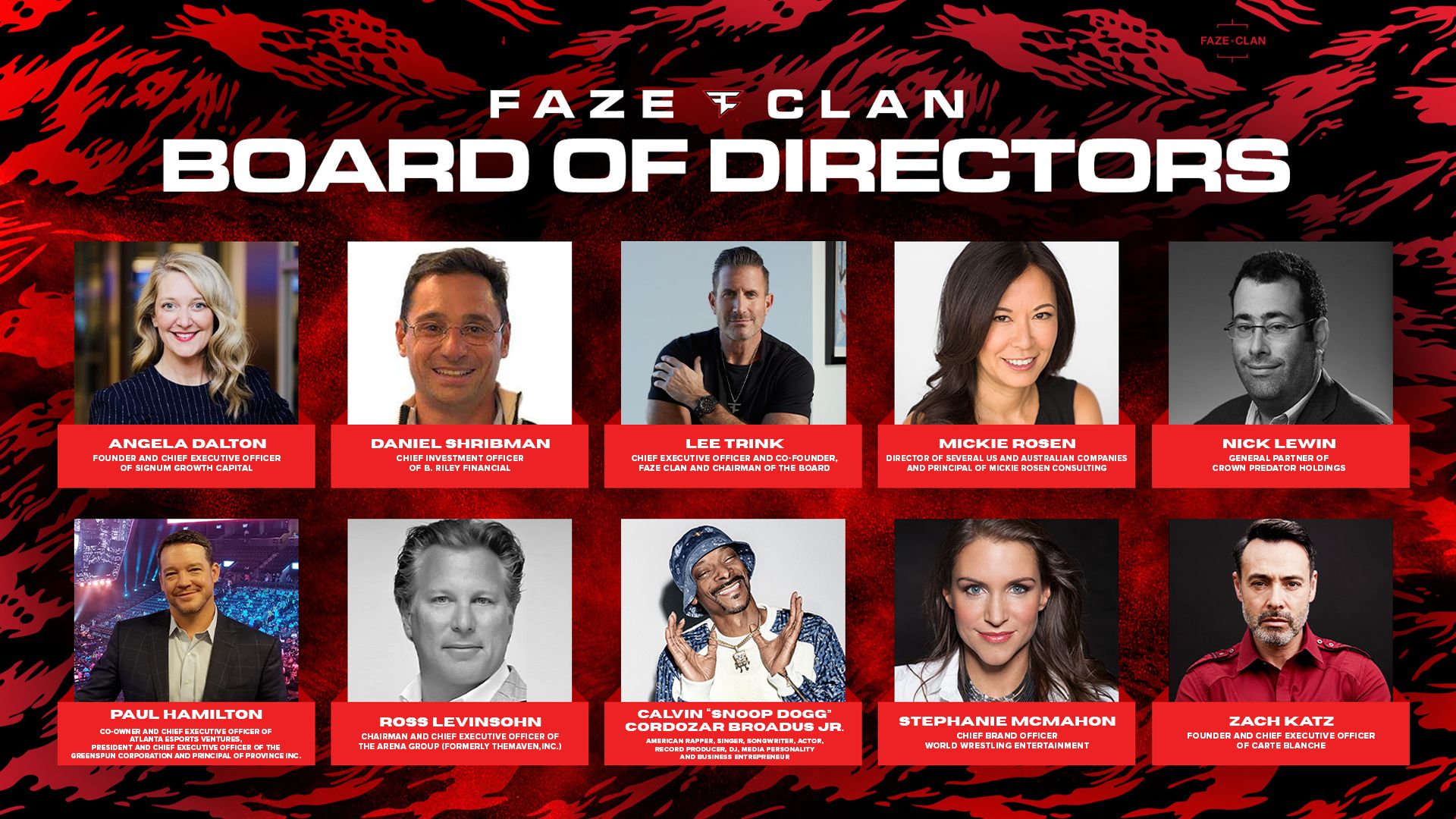 FaZe Clan has announced its board of directors. The 9 new directors shown in the reveal are all power players from their own respective backgrounds and will be joining existing CEO and former music industry executive Lee Trink.

One of the many joining Trink will be the recently announced Snoop Dogg. Along with being a part of the Board of Directors, Snoop will also be a content creator and falling into the umbrella of FaZe Clan’s managed talent.  The star studdest list does not just start and end with Snoop Dogg, along with the rapper, Stephanie McHanon. the Chief Brand Officer of the WWE, Zach Katz of Carte Blache, and Ross Levinsohn of Sports Illustrated, have also joined the fray with their deep cultural backgrounds.

Along with pop culture, FaZe also is pulling from the financial industry with the additions of Angela Dalton of Signum Growth Capital, Daniel Shribman of B. Riley Financial, Paul Hamilton of Atlanta Esports Venutres, and Nick Lewin of Crown Predator Holdings.

As a pioneer in the industry, only good things can be expected from FaZe Clan with their newest board of directors, leaving a lot for imagination regarding the future of the esports organization.