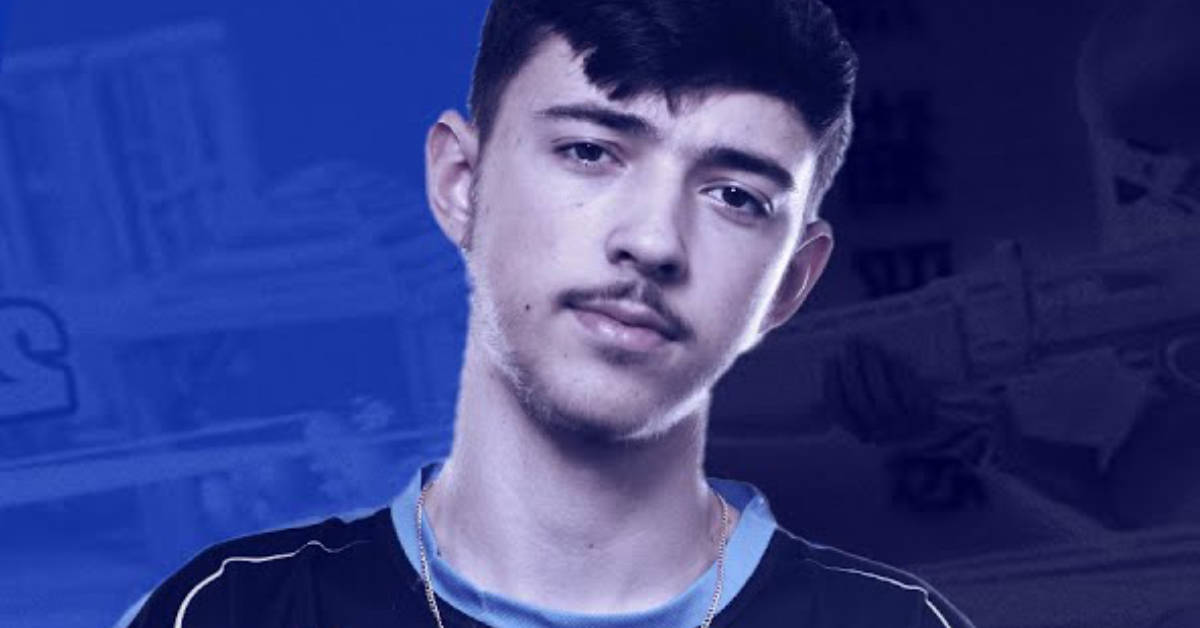 Fortnite Pros are known for their immaturity, and yesterday we got to see a prime example of this in full focus.

Fortnite pro, VoiddFN, took to Twitter to call out his unsupportive parents. At first glance, you’d think this is a good tweet that Voidd wanted to use to help motivate his fans. But shortly after tweeting, his mom decided to reply to give more context to the public.

According to Voidd’s mom, she claims that he is acting unacceptably because they just said he had to be asleep by 3 AM due to it being a school night. Following her reply, she revealed that she was blocked by her son. 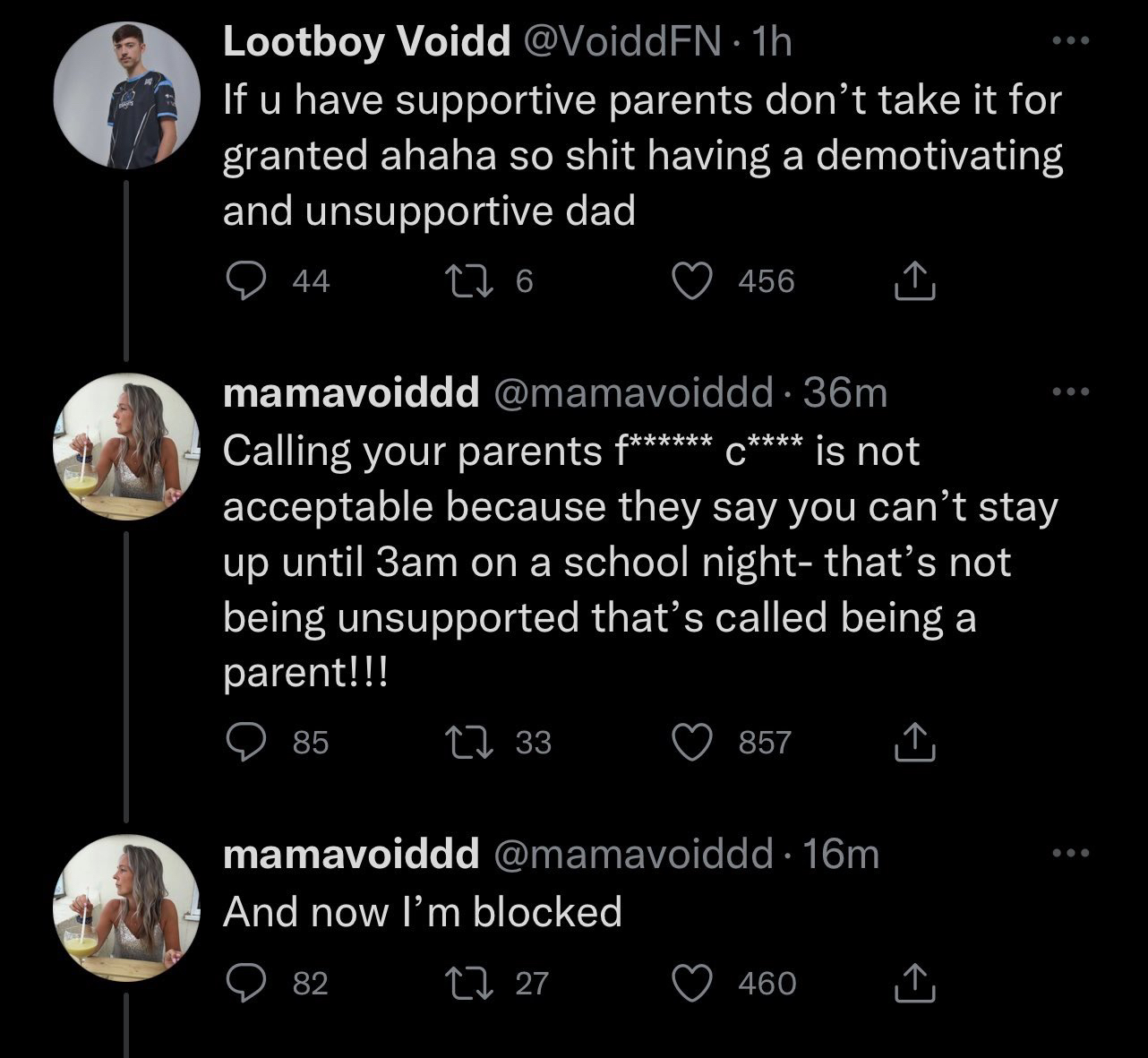 Following the interaction, more Fortnite pros responded to the situation with their own opinions. However their opinions weren’t based on the fact that his parents were supportive or not, instead they responded with their stance that this should have been handled off socials.

“Bro just delete the tweets, go down stairs and sort it out with your parents communication is everything” – @rezonay_

“News flash: your parents don’t deserve respect from you purely because they made you exist. Parents have to earn respect from their children, and if a parent does a shitty thing or is a general dick, just because they are someone’s parent doesn’t make it okay” – @yungcalc

“why do we bash dead-beat dads for not being there for their kids but we never question if the child has bad vibes? or if they’re just unpleasant to be around?” [email protected]tweaaks

Shortly after Rezon Ay’s response, the situation became even stranger when it was revealed that Voidd and his mom weren’t even in the same house at the time of the interaction. All tweets regarding the interaction have now been deleted, but even now we can still see more and more people chiming in on their stance regarding the topic.