Gordon Ramsay cooked up some interest in Twitch:

Gordon Ramsay, one of the world’s most famous and wealthiest television chefs, just discovered Twitch. Some aren’t ecstatic about it either. The hells-kitchen host recently took to Twitter to ask what is Twitch. Though not all is peachy in the streaming world, some fear this may lead to copyright strikes.

Hey @Twitch can I get a lesson on what you are ?? #NextLevelChef https://t.co/rBW3cGnexv

Of course, but let's go big. We'll teach you how to live stream if you teach us how to cook a proper wellington.

Ramsay’s tweet comes after streamer triciaisabirdy went on Ramsay’s show, where he asked “What the Fuck is Twitch” following triciaisabirdy mentioning her occupation.

“What the Fuck is Twitch” -Gordon Ramsay @GordonRamsay @Twitch

Everyone watching from twitch: ☹️ pic.twitter.com/aELiN8Ixrv

In response to Ramsay’s tweet, many of the platform’s largest streamers took the opportunity to reach out in hopes of a collab with the chef-television personality.

i have a cardboard cutout of you on my stream, but the real thing would be better 🙏🏻

gordon i dont know what twitch is but i challenge you to a cook off!

Streamer XQC managed to get lucky with his attempt and received a reply back from Ramsay.

I'll give you a free rundown. Call me on my cell. Americas next master streamer? PauseChamp

Initial fear from the community:

For some in the Twitch community, Ramsay’s newfound interest in the platform raised alarm bells, as they feared his interest would lead to copyright strikes, etc.

PS. I do hope it ends well!

I never root for Copyright Lawyers to enter the chat… but know that the likelihood is high over time. When it does, it often does NOT work out in creators favors. But, here's hoping this is a potential olive branch!

Though there was initial fear, most of the fear has since resided between the community and Ramsay. Ramsay has been taking a very light-hearted approach to familiarizing himself with the community. Ramsay and the official Twitch Twitter account went as far as changing their Twitter bios, cracking some jokes at each other. 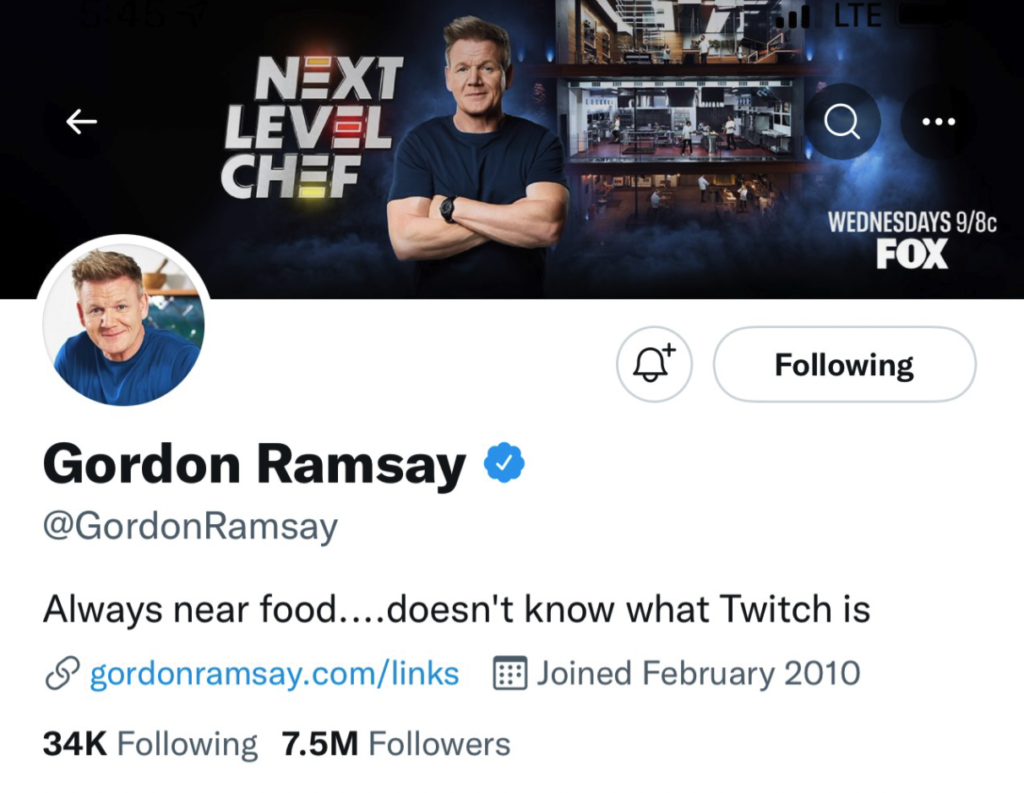 Gordon Ramsay’s Twitter bio shows that he doesn’t know what twitch is. 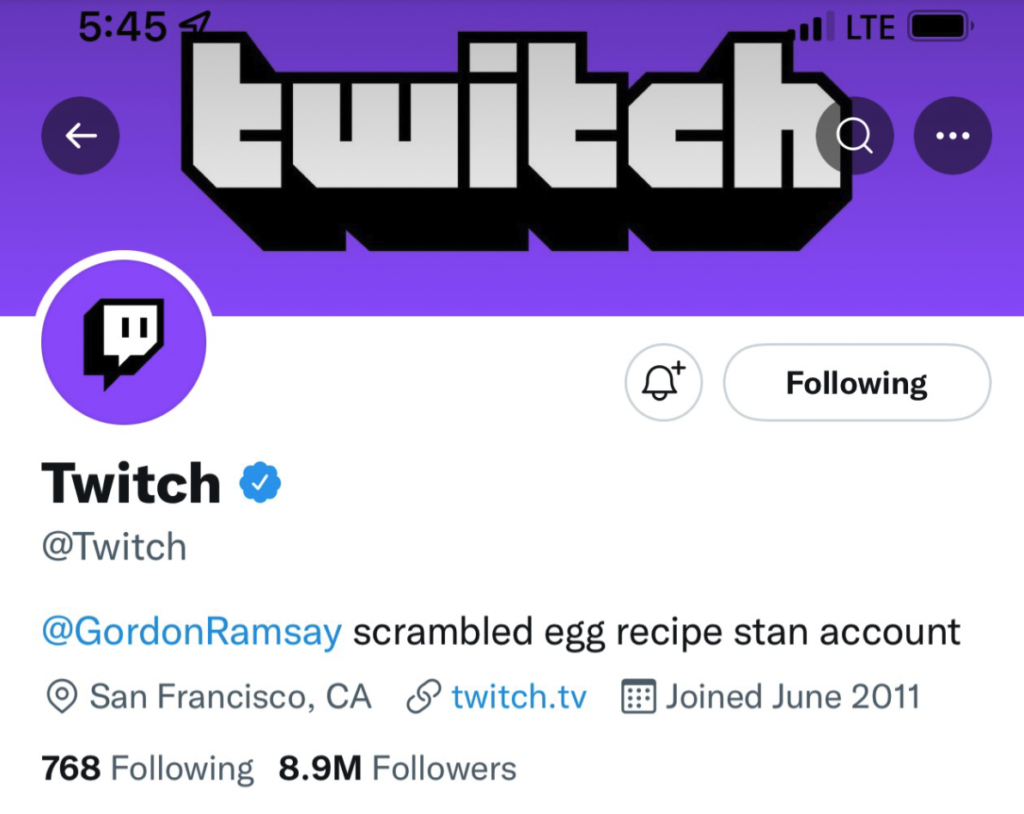 Is Twitch cooking up a collab?

Could Gordon Ramsay and Twitch be cooking up a collab? Who knows, for now, the Twitch community will have to wait and see. In the meantime, if you would like to read more streamer news, click here.