Netflix has just released the first trailer of the long-awaited Hype House Reality show and fans are not happy.

Earlier today, Netflix uploaded the first trailer of the much anticipated “Hype House” Reality Show. The new trailer, which is over 2 minutes in length, is filled with lots of laughs, lots of social media stars, and lots of drama! But for many, this new series seems to tick all the wrong boxes.

The Hype House, which initially featured personalities such as Nikita Dragun, Vinnie Hacker, Lil Huddy, etc, first teased their new series back at the end of April.  But with the release of the new series being less than two weeks away, many viewers are up in arms over the recent trailer that Netflix has released. The reactions to the trailer have been mixed. Some commenters took to youtube to voice their strong distaste of the series: 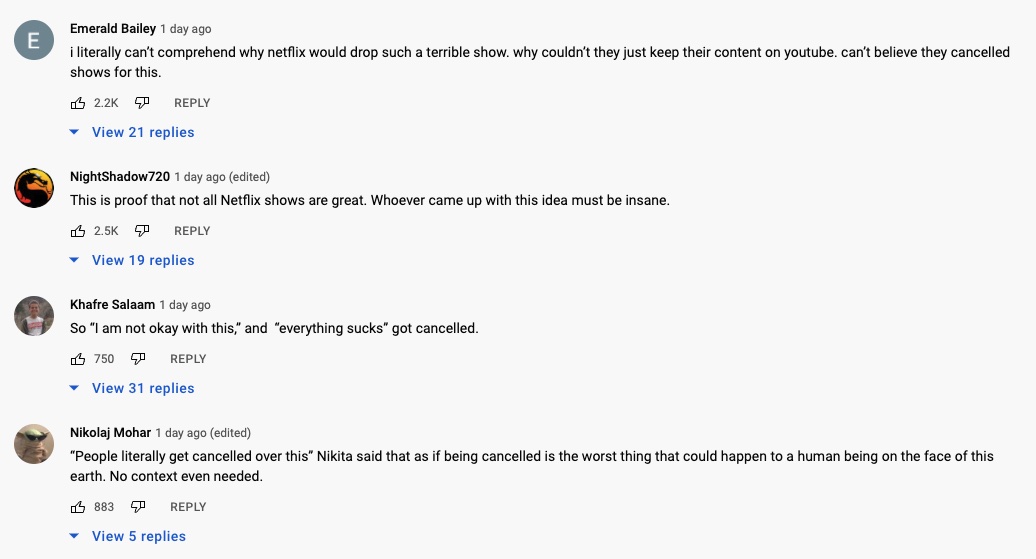 “i literally can’t comprehend why netflix would drop such a terrible show. why couldn’t they just keep their content on youtube. can’t believe they cancelled shows for this” said one commenter.

Despite the backlash, Netflix’s The Hype House is still set to air on January 7th, 2021.