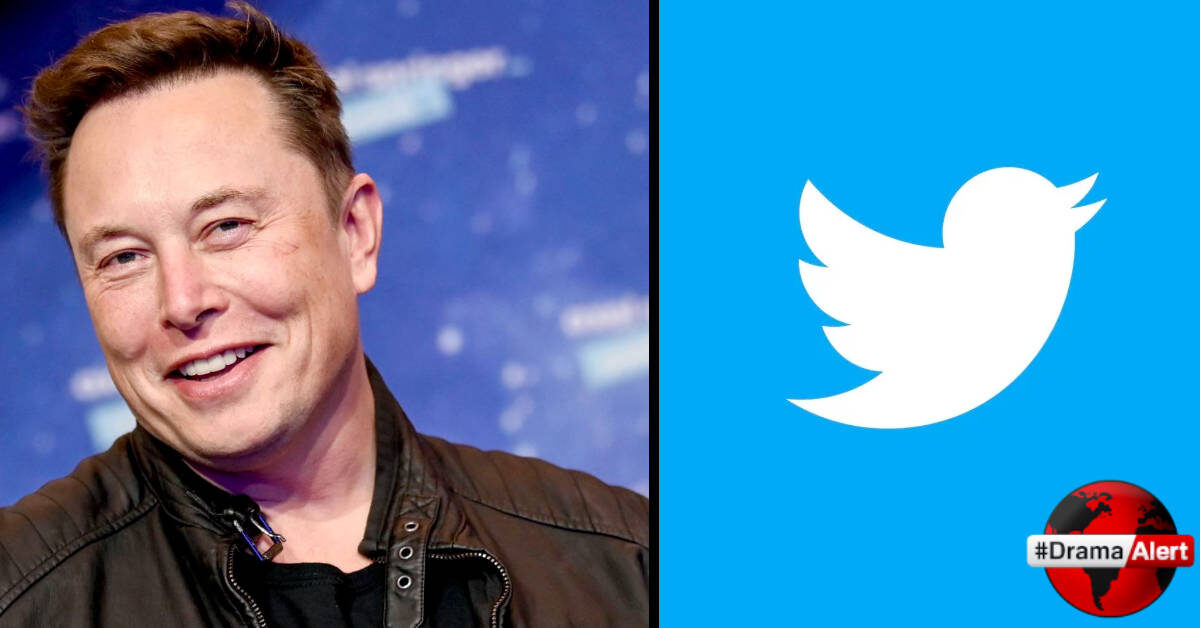 It’s pretty well known that social media is the focal point of modern life. These days, our entire existence can be found on apps like Twitter, Facebook, YouTube, etc. Yet with out clear explanation, our accounts can vanish seemingly overnight. Over the past half decade, many have took the liberty to claim that social media allows for rampant censorship. Well, on March 25th, 2022, Tesla CEO and SpaceEx Founder Elon Musk asked his fans if the social media platform Twitter is supporting free speech.

Free speech is essential to a functioning democracy.

Do you believe Twitter rigorously adheres to this principle?

The consequences of this poll will be important. Please vote carefully.

In reaction to the results of the early results of the poll, Musk tweeted: “Is a new platform needed?” As a response, many influencers took the opportunity to voice their hot takes on the matter.  YouTuber and TikTok Creator Hank Green cracked a few jokes about the matter — making fun of Elon Musk’s boring company in the process. Additionally YouTuber Nerd City chimed in by suggesting Twitter add a public dislike counter.

Such a public dislike counter can help with many of the sites ongoing problems, such as the lack of meaningful discussions. In recent, Twitter has experiment with the addition of dislikes, however, the dislikes were not publicly viewable.

Is a new platform needed? 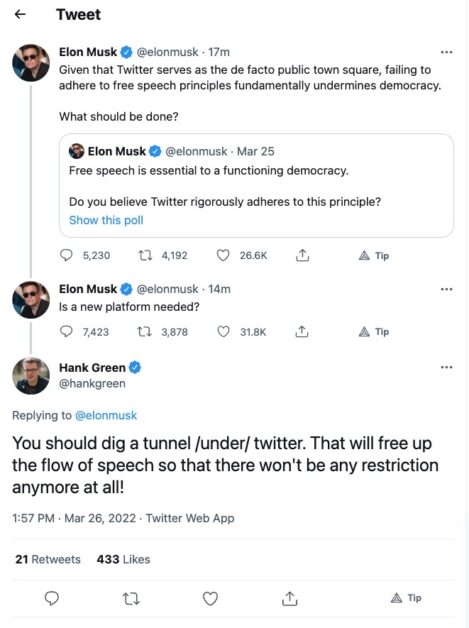 This app needs Dislikes with a public counter. Drip-feeding the dopamine hits for every post, and forcing users to RT content they disagree with has too steep of a price. We can't agree on even the most fundamental aspects of reality anymore.

As of now, Twitter has not publicly addressed Musk. If the platform does, #DramaAlert will update the article.