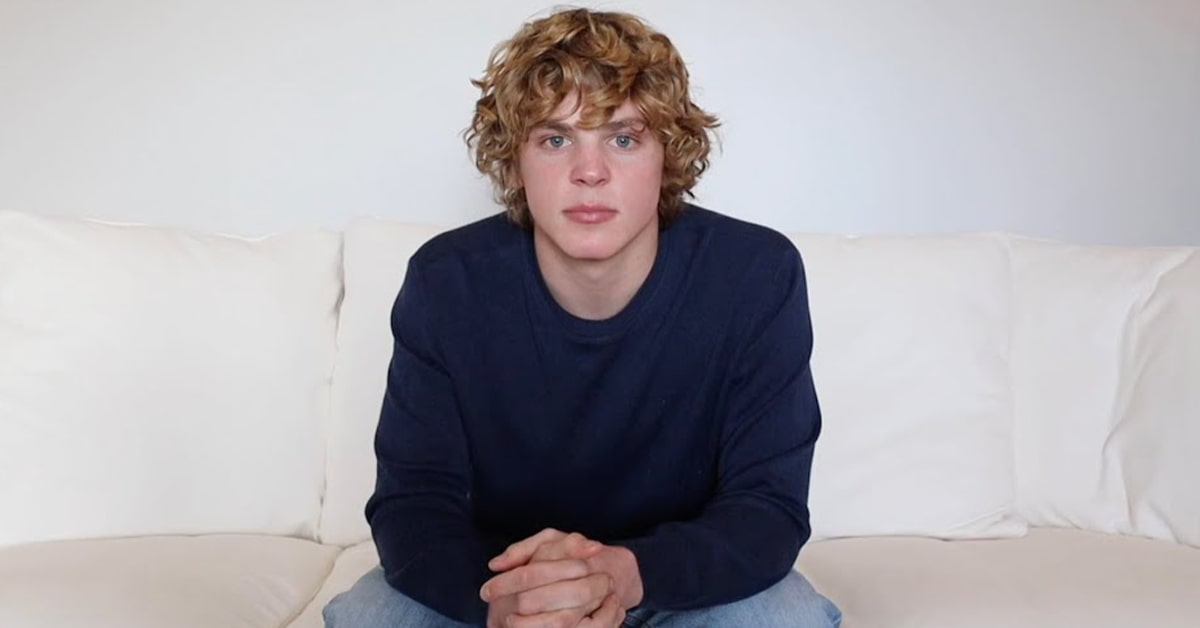 TikTok star Jack Wright has broken his silence and spoken openly for the first time about the allegations circulating that his former friend Sienna Mae Gomez allegedly sexually abused him. In a recent video posted on his YouTube channel, Wright described disturbing situations while unfolding the story through his point of view.

In this video, Wright talked about a tweet posted by Mason Rizzo on May 30th, 2021. Rizzo is a comedy content creator on TikTok and a friend of Wright since kindergarten. The tweet contained serious accusations against Gomez. Rizzo accused her of sexually abusing Wright multiple times. Additionally, Rizzo accused her of psychological torture among other things. Wright says in his video that Rizzo witnessed many of the things Gomes did and that the tweet was deleted after a conversation between the families involved. 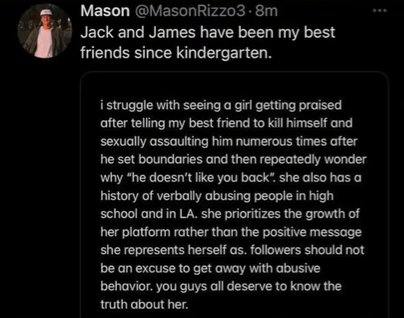 Gomez spoke about the situation in a video posted on June 1st, 2021, denying the sexual assault allegations. “You know I did not sexually assault you, we both know what happened, we both know who it was” Gomez declared. While mentioning this video Wright said, “I think the most hurtful thing is that what she did to me… she said it wasn’t true and that hurt a lot.”

Another topic Wright brought up was a controversial video that surfaced on the internet, posted by his friend known as Lachlan Hannemann. The video (which has since been deleted) allegedly contains evidence of Gomez committing sexual assault while Wight had passed out at a party. “When they told me about what happened, they said they pulled her off of me” … “My friend, my twin, and another friend got into an argument with Sienna”, said Wright. Wright then says that Gomez got called out by his friends. “You can’t do that! Jack doesn’t love you like that”.

Allegedly Gomez cheated on her boyfriend during high school. “Sienna and I met four years ago in high school she was dating my good friend, and it did not turn out well she cheated on him two times,” Wright stated in his video. “It kinda created this whole problem in her friend group,” About his relationship with Gomez, Wright makes it clear that they were just friends. Gomez was dating other guys when she moved to Los Angeles, Wright said.

Wright showed a lot of emotion as he recounted some incidents with Gomez. The first one allegedly happened after he and Gomez filmed a video and went into the bedroom. “I was just chilling on my phone on the bed, she got naked, like completely naked, nothing on and she straddled me,” Wright says while describing the events of that day. “I quickly told Sienna to get off, that we were just friends, and to stop”, Wright said. The next day Gomez reportedly apologized to him. Wright said that situations like these happen continuously.

Another situation that Wright describes in his video happened at another party. He claims that he was taking pictures with some girls when Gomez showed up and started yelling at him right after inviting him to a room. “I was like there’s no reason for you to be mad when you’re getting with other guys in LA,” “I can’t just take a simple picture with a couple of girls?.” Wright vented that Gomez grabbed him and tried to kiss him after that.

Wright also claims that Gomez constantly broke into his home. “She would constantly come to my house. She would remember my door codes.” … “It got to the point where I had to start screaming at her so I would get her out of my house cause I was so sick of her breaking into my house .” He also claimed that he would wake up to her lying by his side with her hand down his pants.

Several guys in LA have alleged that Gomez did the same thing to them, Wright claimed in his video while showing text messages. 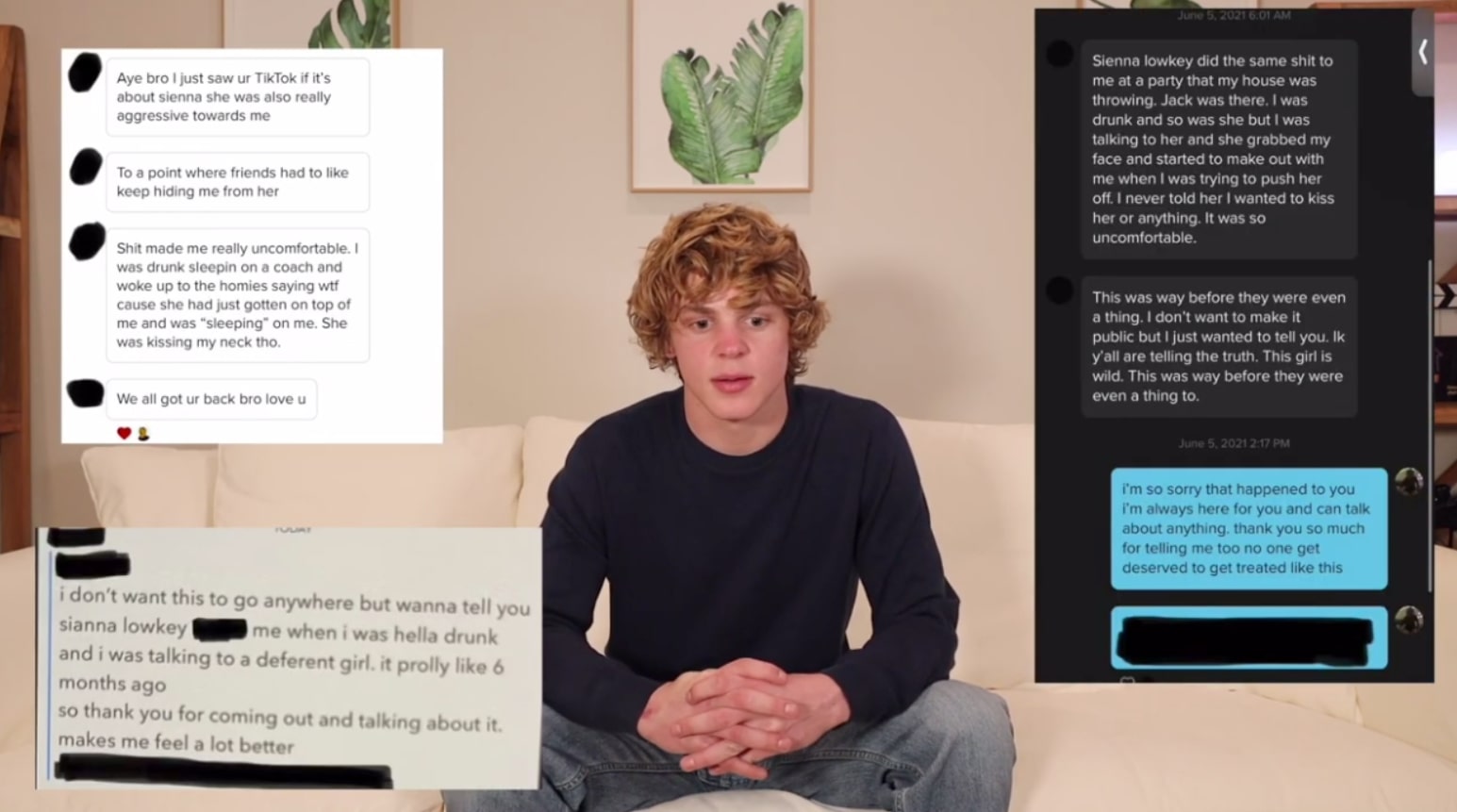 A screenshot from Jack Wright’s video.

Wright commented that the support he has had from his family and friends was crucial to him. “I didn’t stay silent in this situation over these last couple months, I talked with my friends, family, parents, counselors” … “I don’t think I’ll ever be the same person I was before Sienna.” Additionally, Wright also showed a willingness to inspire others who have gone through the same situation. “I want to be that person that says it’s ok to speak out,” … “you’re not gonna be known for that,” … “it’s just a little obstacle you have to go through”, he said.