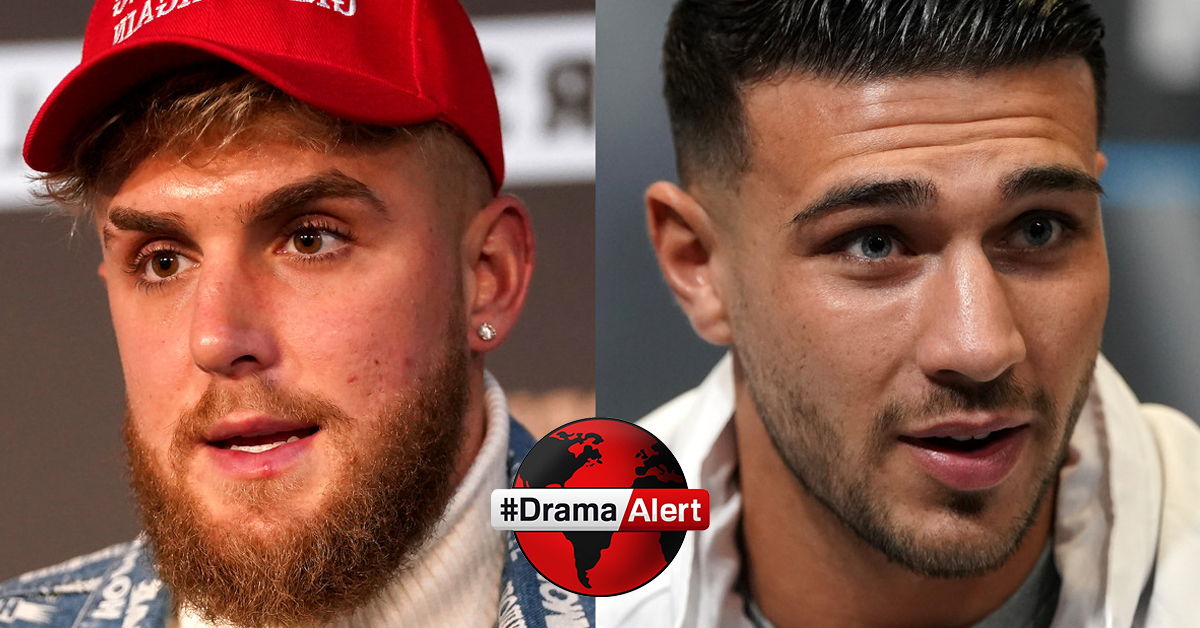 All eyes are on Fury for his fight this weekend against Daniel Bocianski. He will fight on the biggest stage of his career — joining brother Tyson in Wembley Stadium, which holds nearly 100,000 fans. With a packed arena, and likely millions watching from home, one set of eyes specifically matters for Tommy Fury — Jake Paul. The Jake Paul vs Tommy Fury saga continues to rip through the world of combat sports. 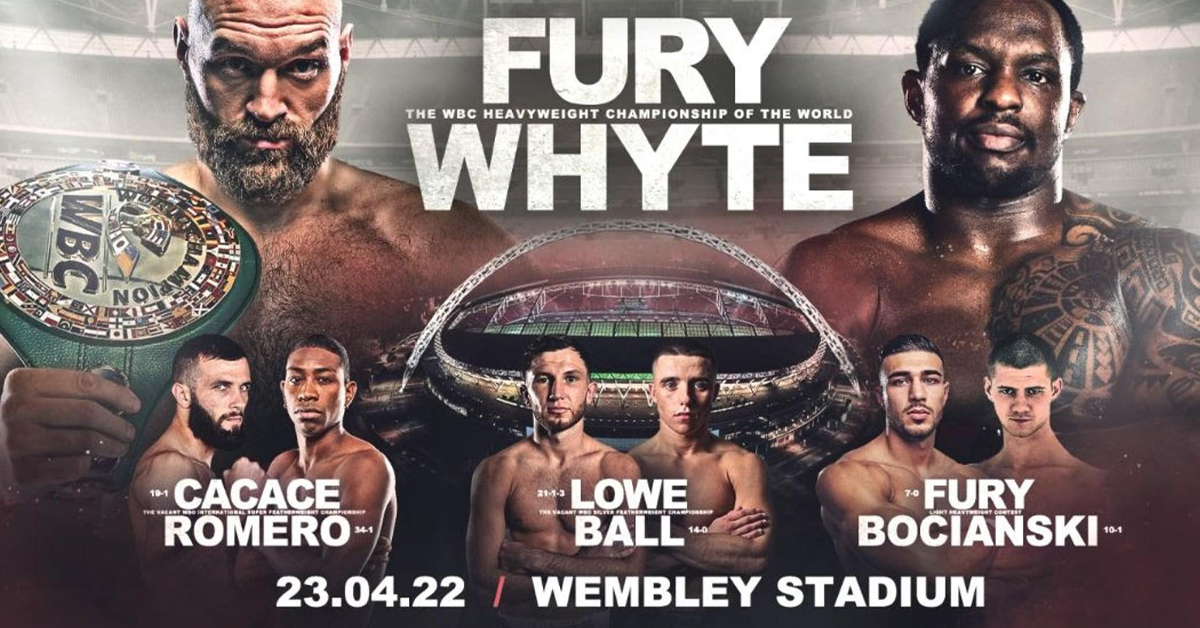 Paul has made it known that he’s looking forward to watching Fury’s fight on Saturday night in hopes of a knockout performance. Following Fury’s injuries, which forced him to withdraw from a fight with Paul last year, the Problem Child looks for Fury to regain some momentum to give him a second chance. Paul has made it clear he’s not interested in fighting Fury at this time, but he hasn’t ruled out the bout entirely. In a press conference on Tuesday, Tommy Fury used his platform to speak about his frustration with the boxing politics from Jake Paul.

“You know, I don’t let anything come into my mind to disrupt what I’m going to do on Saturday night. Jake Paul’s not coming into my mind once. I hear all this talk about him saying he doesn’t fancy the fight anymore, then he fancy’s the fight. Get your facts straight before you speak my name. If you want to fight, let’s get on and do it.”

– Tommy Fury on his frustration with Jake Paul

Will Jake Paul vs Tommy Fury ever happen?

Gervonta Davis has also come out and spoken about the politics involved in boxing. He is currently preparing to fight Rolly Romero on May 28th. Davis and Rolly were supposed to fight last year, however, Rolly had to pull out of the fight due to legal issues and was replaced by Isaac Cruz. Jake Paul’s frustration is similar, as Tyron Woodley stepped in place of Tommy Fury for their scheduled December 18th fight.

Jake Paul is known for toying with his rivals, as Fury isn’t the only one experiencing Paul’s antics. Michael Bisping has been on the receiving end of some Jake Paul trolling. Many fans believe he is stringing Bisping along to ride some hype following Fury’s fight this weekend. Following an impressive showing from Fury, Paul has no reason not to reschedule the much-anticipated fight between the two young boxers. If the bout was to happen, Tommy Fury says he’s prepared. 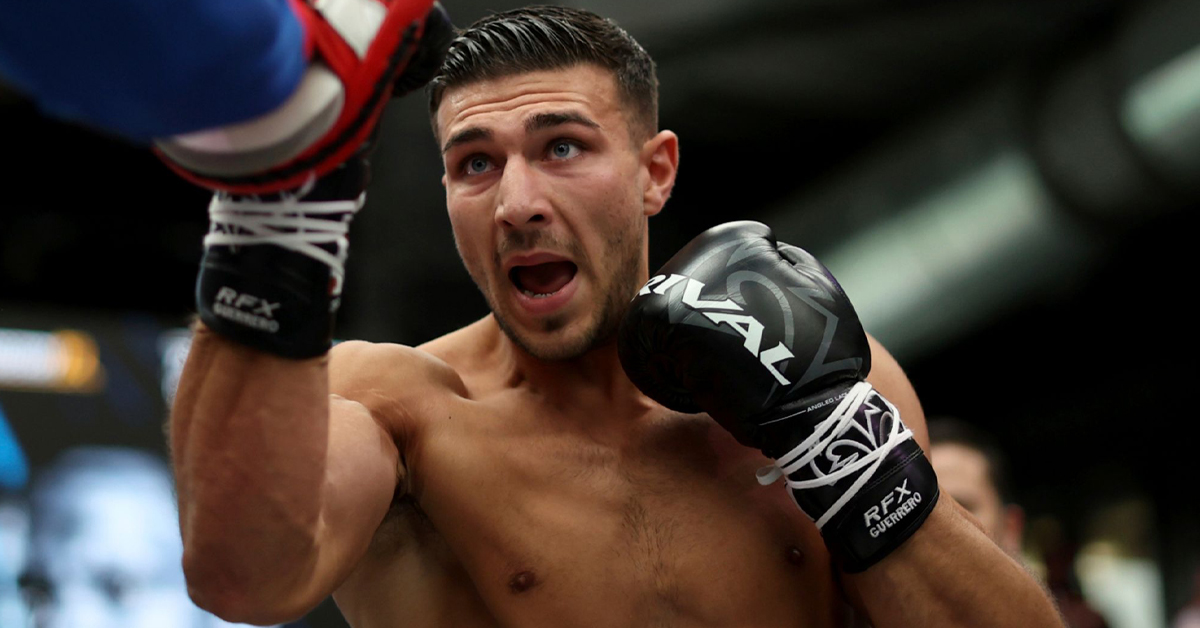 “I’m ready whenever because I don’t need a training camp for him. It’s very unfortunate what happened to me in December because if [the fight] had gone through, you wouldn’t be hearing his name ever again in boxing because he’s useless. He cannot fight and there’s no chance in hell he beats me. I don’t even have to train for him.”

“Let me get Saturday out of the way, a massive performance, a great knockout what I’m planning on doing, and when I’m on the couch eating pizza, burgers, and donuts, what I love to do, let him give me a call and I’ll be there the next because I do not need to train for him.”

“This man can’t fight. That’s why he’s dodging everybody who’s a boxer, that’s why he’s fighting 60-year-old UFC fighters that nobody wants to see. He got very low pay-per-view numbers last time. If he wants the big numbers, he knows where to come, let’s get it on. But until then, don’t talk if you don’t want to fight.”

It will be interesting to see how Fury fights under the pressure he currently holds. Either way, whether he wins or loses, it’s safe to say Jake Paul will capitalize on it.