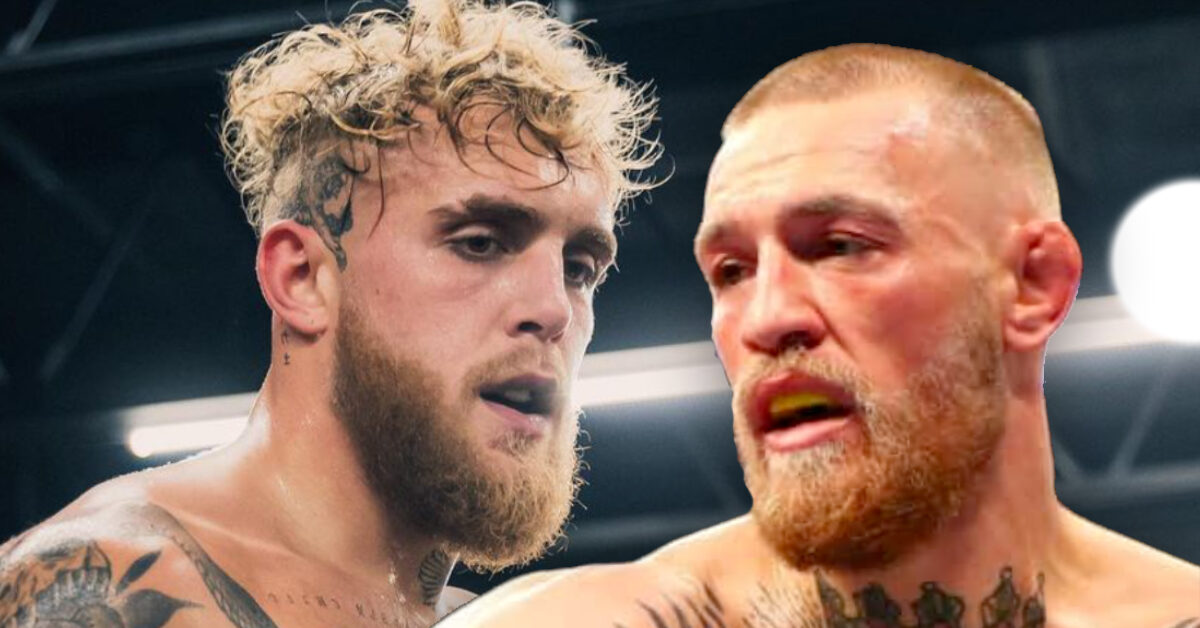 An edited photo of Jake Paul and McGregor.

Jake Paul has had a whirlwind of a year so far, and it might just get crazier! In recent, Jake Paul and Conor McGregor have been linked in rumors. Today, these rumors got a whole lot more exciting.  So what happened? Well, the first contact between the fighters was established. Nakisa Bidarian, Jake Paul’s manager, was followed on Instagram by Conor McGregor. This recent development has some fans excited for the future!

This isn’t the first time that the two fighters have been in the headlines together. Back on December 14, 2020, Jake Paul uploaded a video named “My $50 Million Dollar Offer To Conor McGregor”, where the YouTuber-turned-boxer challenges McGregor to a boxing match. “My team sent you a 50 million dollar offer this morning”, Jake Paul said while explaining how scared McGregor is.

Speculation has been rife among fans. Some speculate that the two’s cooperation is a result of their mutual interests. Others speculate that the two’s recent cooperation is a result of an upcoming fight between the two. There has been no official announcement on whether the two will fight, but this initial communication between the two sides is encouraging. For the time being, fans will have to wait for more confirmation on the matter.

This is not the only icon Jake Paul has been teasing a project with recently. Jake Paul has also hinted at a collaboration with the rapper Drake as well. To read more about that, click here!