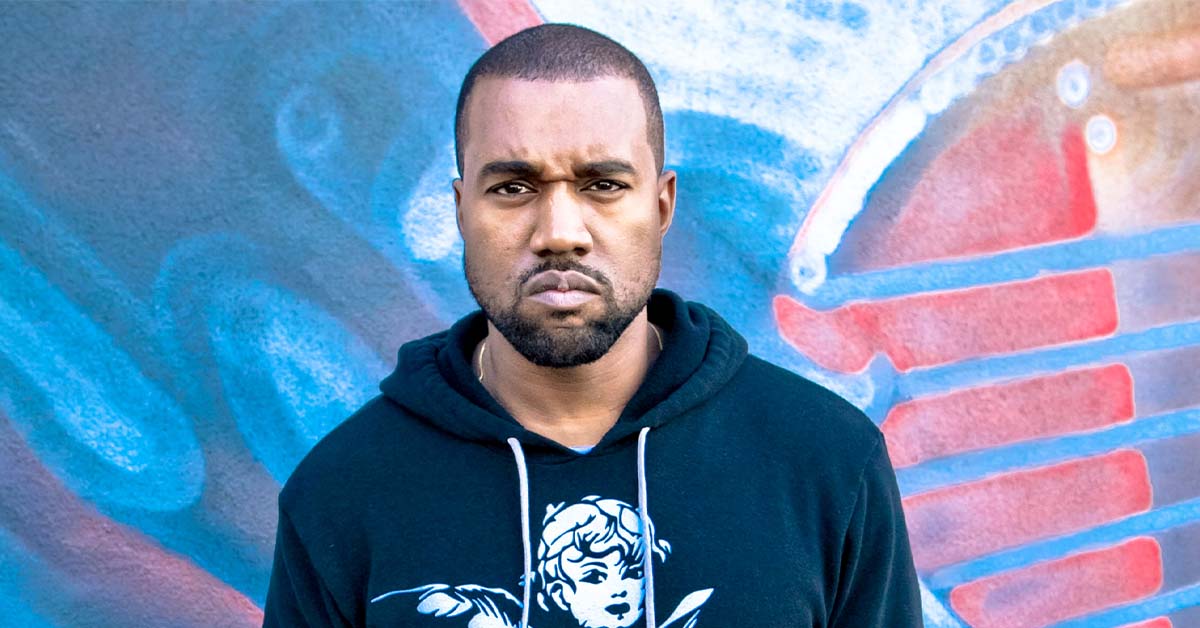 From lovers to arch-enemies, Kanye West is calling out Kim Kardashian once again. This time over him disagreeing with Kim’s decision to let North go on TikTok

In early November, Kim Kardashian decided to launch a joint TikTok account with her 8-year-old daughter, North West. This account was found by Kanye, which prompted him to take to Instagram and post a screenshot of the TikTok captioned with ““SINCE THIS IS MY FIRST DIVORCE I NEED TO KNOW WHAT I SHOULD DO ABOUT MY DAUGHTER BEING PUT ON TIK TOK AGAINST MY WILL ?” 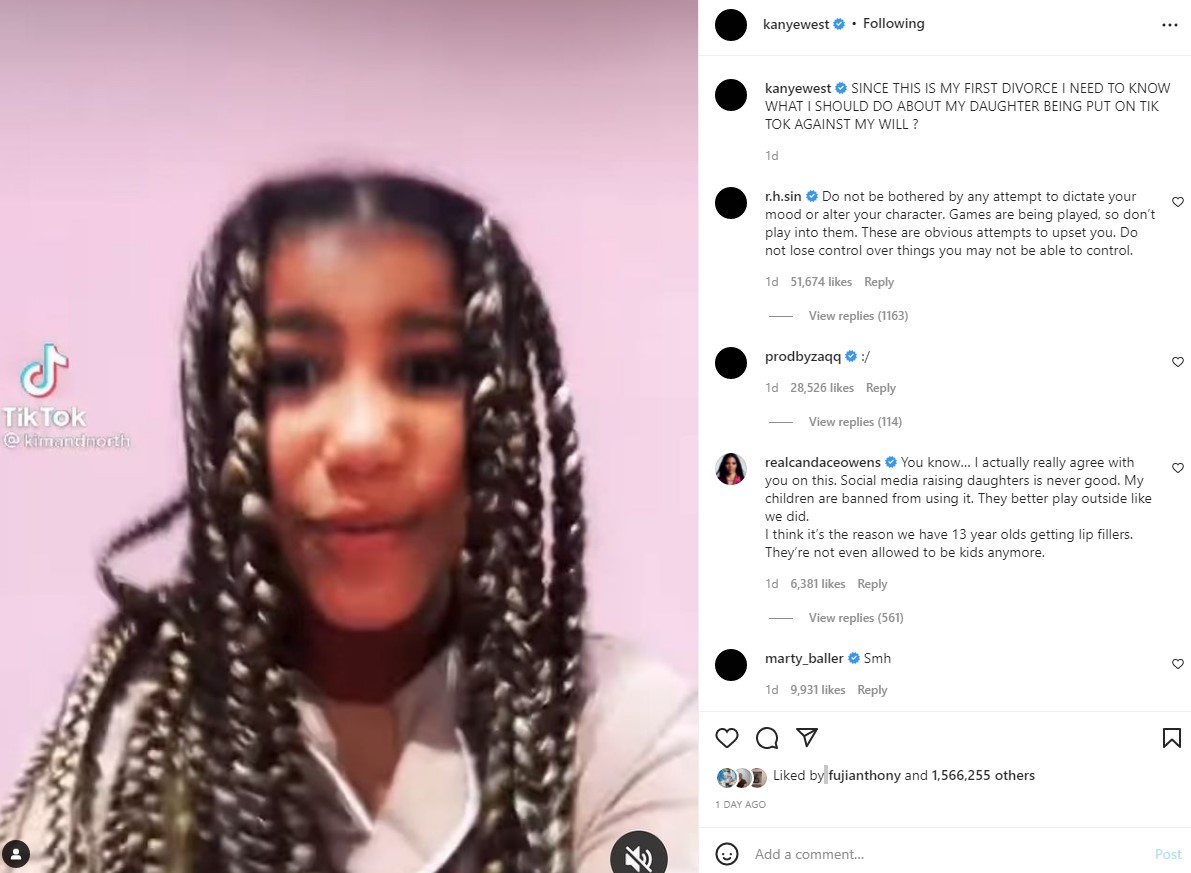 Following the post, Kim Kardashian finally broke her silence after Kanye’s multiple call-outs to address the situation. In an Instagram post response, she explains the mental toll Kanye’s actions are taking on her family and their kids. 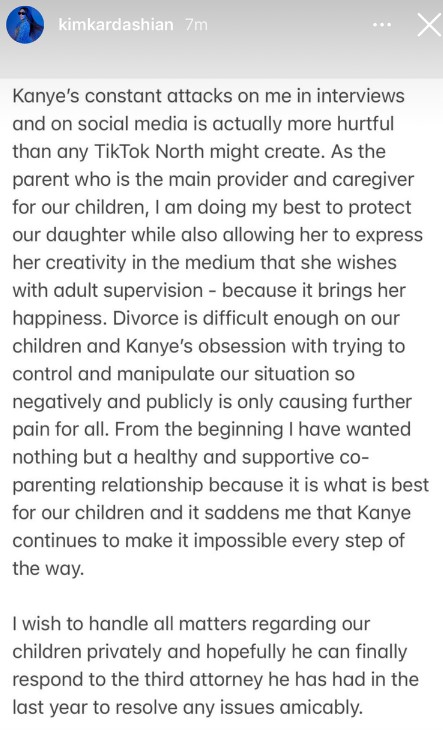 Kim’s response, however, only fueled Kanye’s fire. Kanye immediately fired back on Instagram with a new post. In the post he calls out Kim’s multiple attempts in stopping him from seeing his own children, and in one instance, attending their birthday. He also had his targets set on an additional target this time though, the Chief Marketing Officer of KKW Brands, Tracy Romulus. Since the response, Kim is yet to make an address to these new comments. Kanye however has also continued to show love to all those who agree with him and has even reposted some on his Instagram. 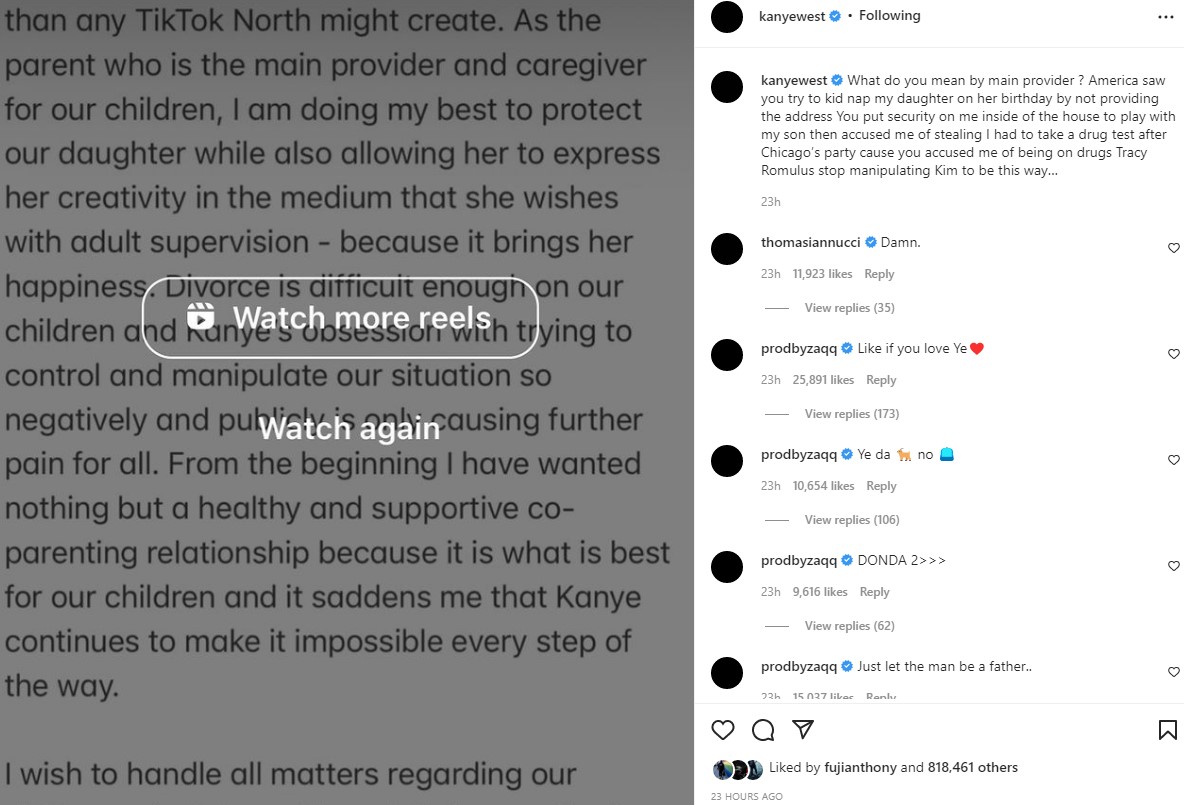