On Wednesday, it was revealed that Kanye West was suspended temporarily from Instagram. In an article published by Variety, a Meta spokesperson revealed that the multi-platinum musical artist violated Instagram’s hate speech and bullying policy.

“According to a Meta spokesperson, the platform has deleted content posted by West for violating their policies on hate speech, bullying and harassment. As a result, West has been restricted from posting, commenting and sending DMs for a 24-hour period.”

Kanye’s suspension was set for only 24 hours. Additionally, Kanye has yet to respond to Instagram suspending him. 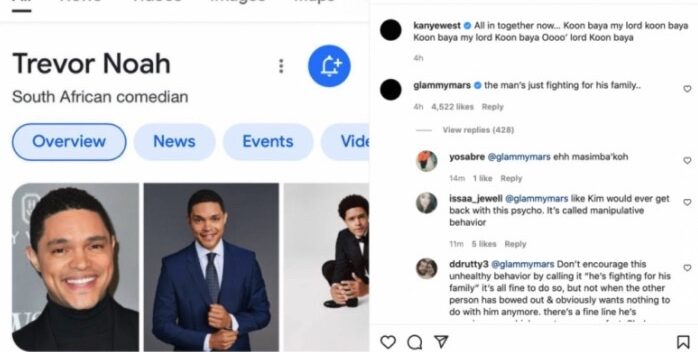 Kanye can be seen in the captions using a racial slur against “Daily Show” host Trevor Noah.

In recent, Kanye West has been feuding with Pete Davidson after Davison and Kim Kardashian started dating. Over the past few months, the pair of three have had a nonstop back-and-forth across social media, with various allegations being lobbed at each other. You can read more about that by clicking here.