Logan Paul Scammed Out Of Millions. 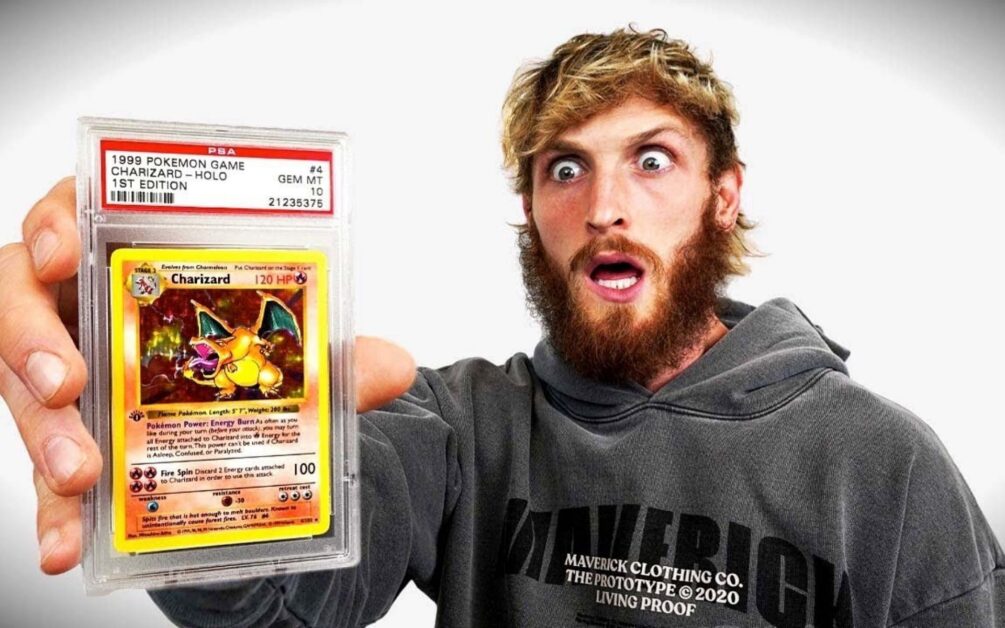 A picture of Logan Paul with his rare PSA grade 10 holographic Pokémon card.

Logan Paul made news last week after he teased that his recent $3.5 million Pokémon purchase may be fake. Today, he’s back in the headlines. Logan Paul this afternoon posted a video detailing his pokémon journey.  Turns out his $3,500,000 million dollar purchase was bogus. Logan Paul’s card-collecting disaster started on December 20, 2021, when he announced on Twitter that he had paid $3,500,000 for a “sealed & authenticated box of 1st Edition Pokémon cards.” Members of the trading card world were taken aback by Logan Paul’s exorbitant purchase. But some members of the trading card community, however, were skeptical.

Veteran members of the card community originally identified red flags with Paul’s purchase. First, they noted the weird purchase history that his product went through. Secondly, the packaging of the product was fishy. Thirdly, the authentication company was untrusted by most of the community. Today, however, Logan Paul set the record straight with his new video titled “I Lost $3,500,000 On Fake Pokémon Cards“.

Logan Paul chronicles his most recent pokémon-card adventure in this latest video. In the video, Paul and card authentication company Baseball Card Exchange are faced with the task of discovering if Paul’s purchase was legitimate.  Turns out, they were fake all along! Paul in his video opened up the box and found G.I. Joe trading cards. 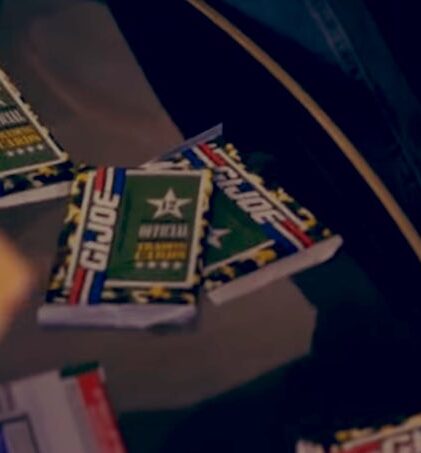 Despite Logan Paul’s effort to verify his box, card fans already made their mind up on the matter last week. Card fans were in agreement that they simply couldn’t trust the card authentication company Baseball Card Exchange due to them not being well established in the community. Additionally, many fans were hoping the cards to be fake in order to end what some saw as a card investing bubble. After seeing they were fake, some in the community felt bad for Paul. However, not everyone in the community believes his latest video, some theorize that he may be exaggerating his video for views.

This is crazy. Sorry to see this, but I’m thankful you’re able to share this with so many people for transparency.

But first and foremost, get that money back 😅

This is so fucked up

Some fans are taking the opportunity to laugh at Paul’s error:

Let’s all laugh at Logan pic.twitter.com/MPs8ytGcLk

According to Paul’s friend and card collecting guru Bolillo Lajan San, Paul will be seeing a reimbursement on the money he spent. 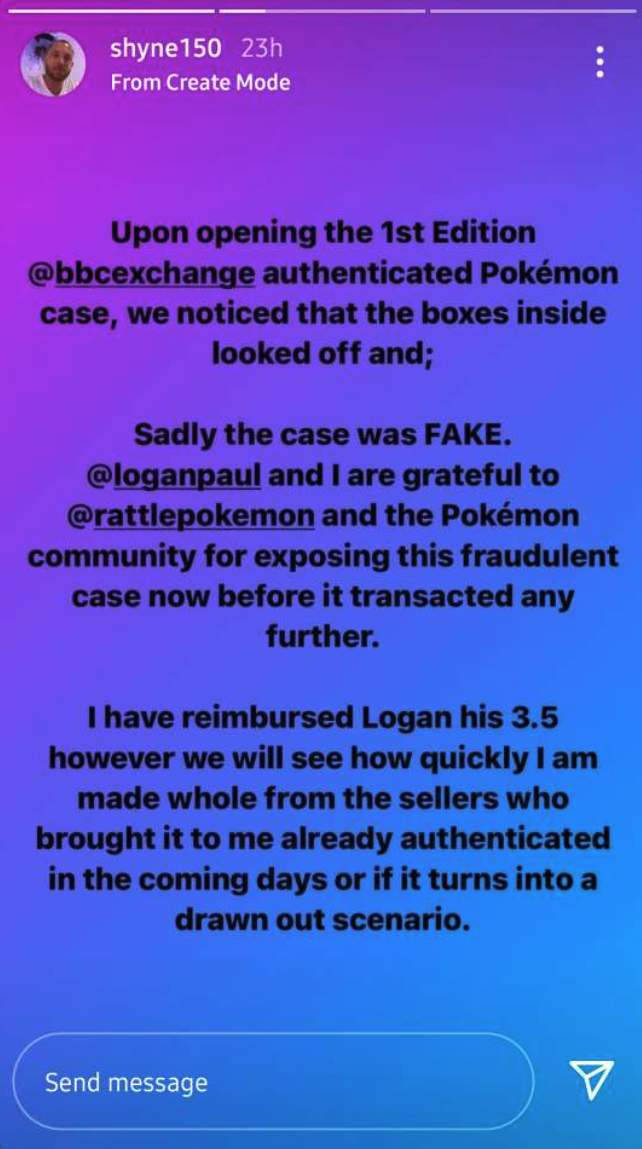 This is definitely not the end of Paul’s pokemon adventures, but for now, it looks like he suffered a massive loss. Looking for more Logan Paul news? click here.