Logan Paul accepted the challenge of Brazilian YouTuber Whindersson Nunes for a boxing match. Nunes is one of the most popular content creators in Brazil. With more than 43 million subscribers, he has become known for his parodies and comedy videos. Despite having a solid career as a comedian, Nunes now invests much of his time developing his boxer skills.

In fact, Nunes is no longer a rookie. Last Sunday, he faced one of the biggest names in Brazilian boxing, Acelino Popó Freitas. After eight rounds, the fight ended in a draw. However, Nunes was praised for his stamina as Popó has much more experience.

Right after the event, Paul reacted to the fight’s results by accusing Popó of having fought a comedian. “Popo, you asshole, you beat up a comedian!” Paul said. Right away, Popó responded by saying, ” Comedy is going to be the show Whindersson is going to do right after he knocks you out, Logan Paul !!! The first thing boxing teaches is respect! You only prove that you haven’t learned anything. You’re more of a street fighter than a fighter! Get real!” Popó replied in Portuguese.

Paul then responded positively to the idea of facing Nunes in a boxing match: “Dear Whindersson. I accept your challenge. Keep training.” Paul said in Portuguese. 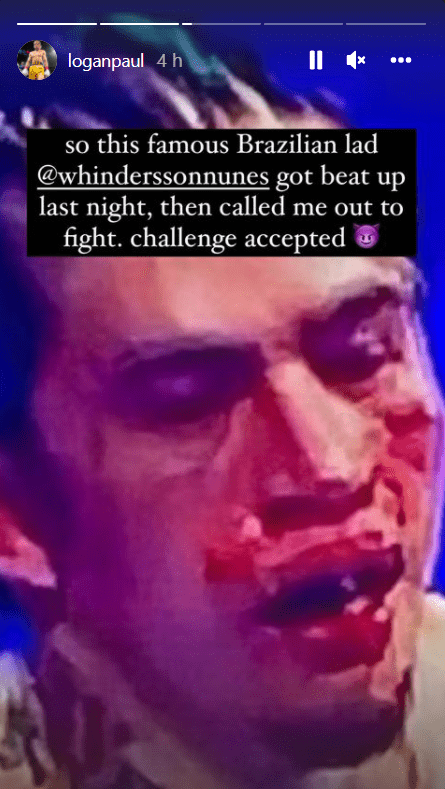