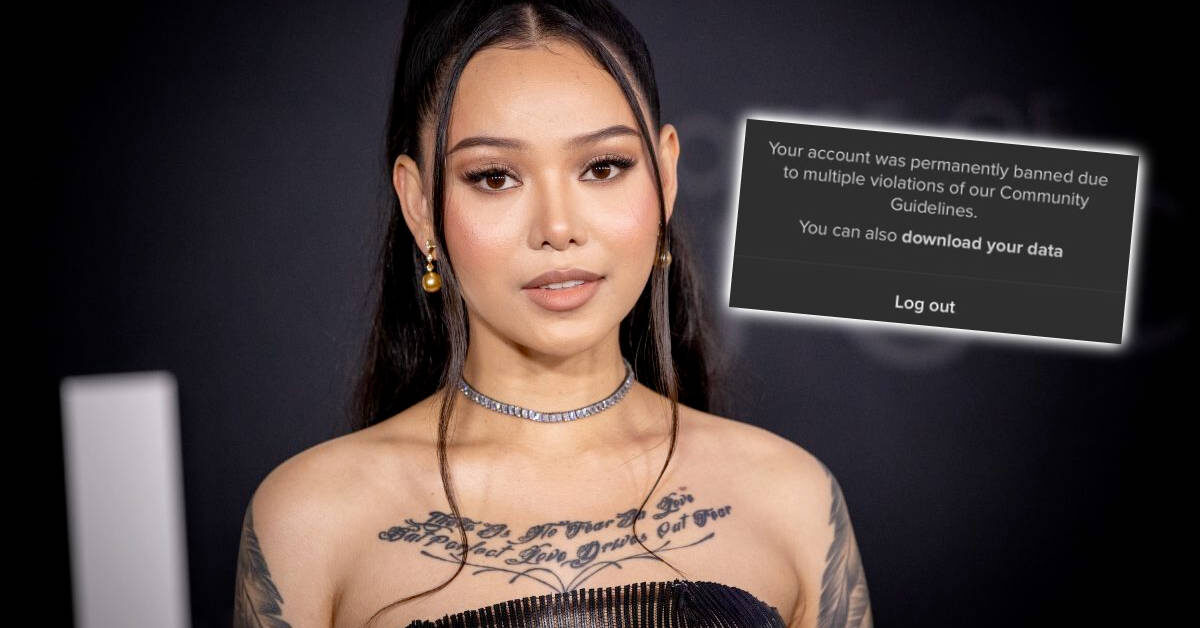 Singer Bella Poarch was the first victim. On Twitter she shared a screenshot showing that she was banned from the platform:

Creators React to Their Bans

Poarch wasn’t the only one affected. Several other stars were also banned shortly after. Ranboo, who has a TikTok following of over four million, also suffered the same fate. On Twitter he indicated that he had also been banned by replying to Poarch’s tweet, saying, “Same”.

On top of  both Poach and Ranboo, Addison Rae was also banned. On Twitter, she joked about the situation: “I knew I should’ve deleted the twerking video”.

Additionally, Dixie D’Amelio was banned as well. On Twitter she jokingly tweeted that she was looking for a new job.

So, Why Were They Banned?

After a few hours of confused fans anxiously searching for answers, TikTok reversed the bans and reinstated the content. The reason for the wave of bans is currently unknown, however, many speculate that it was caused by either a hack or a glitch. Furthermore, it would not be the first time something like this has occurred, as Addison Rae experienced the same situation last year. TikTok has yet to deliver an explanation.

Looking for more TikTok news? Click here to learn about a TikTok trend that turned violent.