MrBeast Got Slimed. Here Is His Reaction… 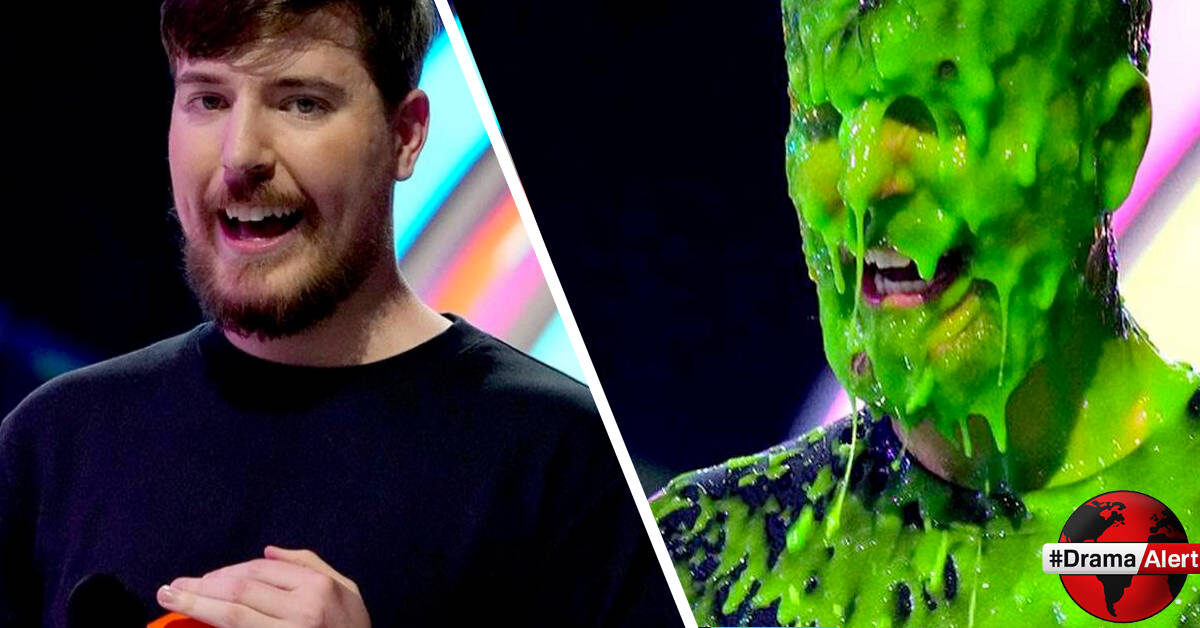 Nickelodeon aired the 2022 Kids’ Choice Awards on live television last night, and as always, select attendees got covered in the infamous green slime without warning. One of the victims was MrBeast, who took home the award for favorite male creator.

While delivering his acceptance speech for his award, he began to anticipate the attack, saying: “I don’t know how this works but I have a feeling I’m gonna get slimed any second.” Hilariously, that is exactly what followed, and the YouTuber turned green in seconds.

MrBeast took it like a champ, though, and reacted humbly to his win by Tweeting “Thx gamers for the kids choice award” with side-by-side photos of himself before and after getting slimed. He also posted the clip on Instagram and included a photo of him standing in a trailer, wearing a robe and remnants of the slime. At least Nickelodeon was nice enough to let him clean himself up afterwards.

MrBeast’s close friend Karl Jacobs, who is a regular on-screen personality in his YouTube videos, was also in attendance at the Kids’ Choice Awards. He replied to MrBeast’s Tweet, joking that he instructed the production staff to slime him right before it happened. He wrote, “Idk if it actually triggered them to do it or not but I’m taking credit.”

MrBeast was not the only influencer slimed too…

MrBeast wasn’t the only one who got slimed in front of millions at the awards show, with Dixie D’Amelio receiving the same treatment while accepting her award for Favorite Social Music Star. However, her younger sister Charli D’Amelio, who won favorite female creator for the second year in a row, managed to luck out and avoid the sticky situation. The D’Amelio sisters also took to Twitter to thank their fans for their support. As of now, Dixie had no direct comment on getting slimed.