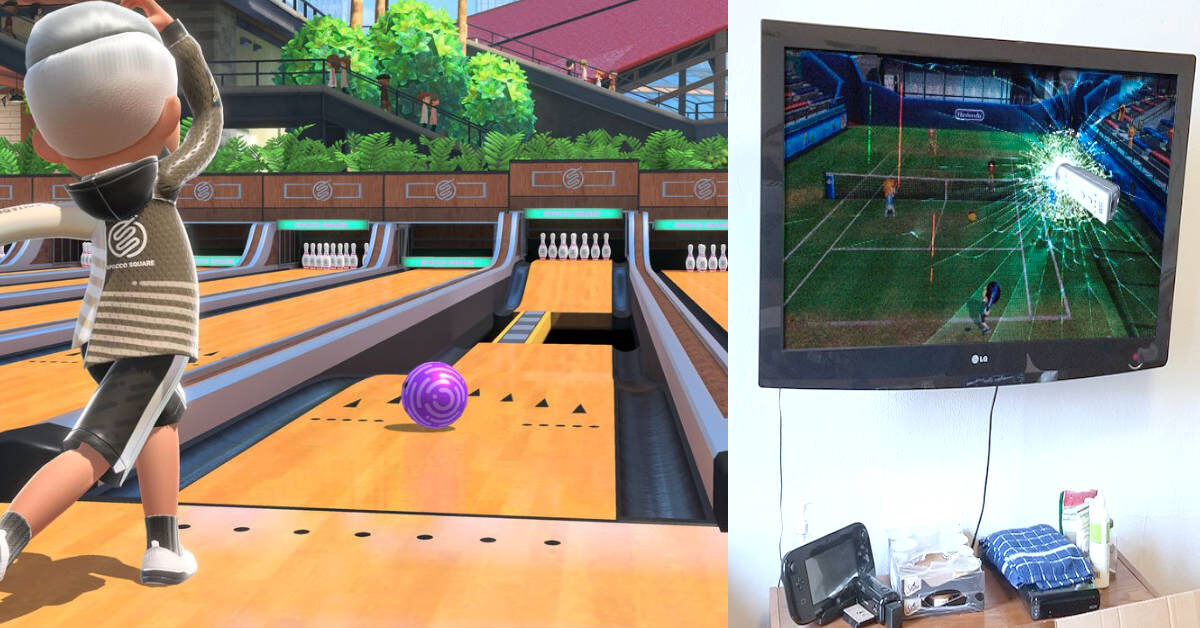 A picture of Nintendo Switch sports, next to an edited photo of a TV and Wii Sports.

If you’ve been around the internet long enough, you might recall a time when people were destroying their TVs by accidentally chucking their Wii remotes at them. Well, with Nintendo’s latest release titled Nintendo Switch Sports, you can relive those fond memories because people are now accidentally tossing their Joycons at their television.  That’s right, Nintendo Switch Sports players are breaking TVs, and it’s kinda funny.

Since the game’s release on April 29th, 2022, the internet has been flooded with funny clips from players. Many Twitch streamers have joined in on the fun, creating their own clippable moments in the process. On Twitch, one streamer named 63man was playing Tennis when his Joycon was rapidly launched from his hand and embedded into his TV. The whole ordeal was caught on stream:

Another streamer Nothernlion also accidentally launched his Joycon into space too, luckily his TV was okay:

Fortunately, no one has been seriously injured. The clips, which can be found all over Twitter and Reddit, have the community laughing. Looks like gamers will need to have a tighter grip on their controllers this time around, or else they may face broken screens.