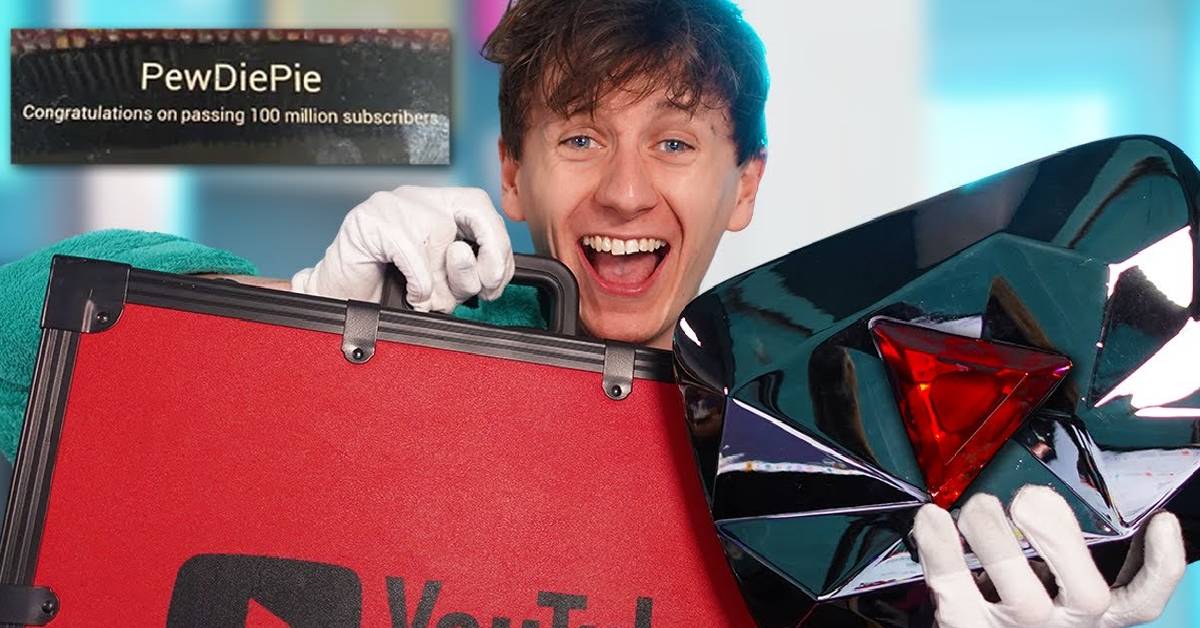 The thumbnail to JackSucksAtLife’s video.

On Wednesday, JackSucksAtLife announced to the world that he was in possession of PewDiePie’s 100 million subscriber award. In his video titled “How I got PewDiePie’s 100 Million Red Diamond Play Button”, Jack revealed the long journey that the award has gone through. Unfortunately, during the shipping, PewDiePie’s famous award was chipped. Luckily, the award seems to be in good hands now.

Jack in his video retells how he managed to come into possession of the award. PewDiePie initially gave the award away as a wedding gift to a loyal subscriber of his. Eventually, that subscriber made an offer to JackSucksAtLife so he can purchase a home with the money, and that is how Jack managed to come into possession. At the end of his video, Jack directed a message to PewDiePie, where he shared that he’d be willing to give it back to the Swedish YouTuber if he ever wanted it.