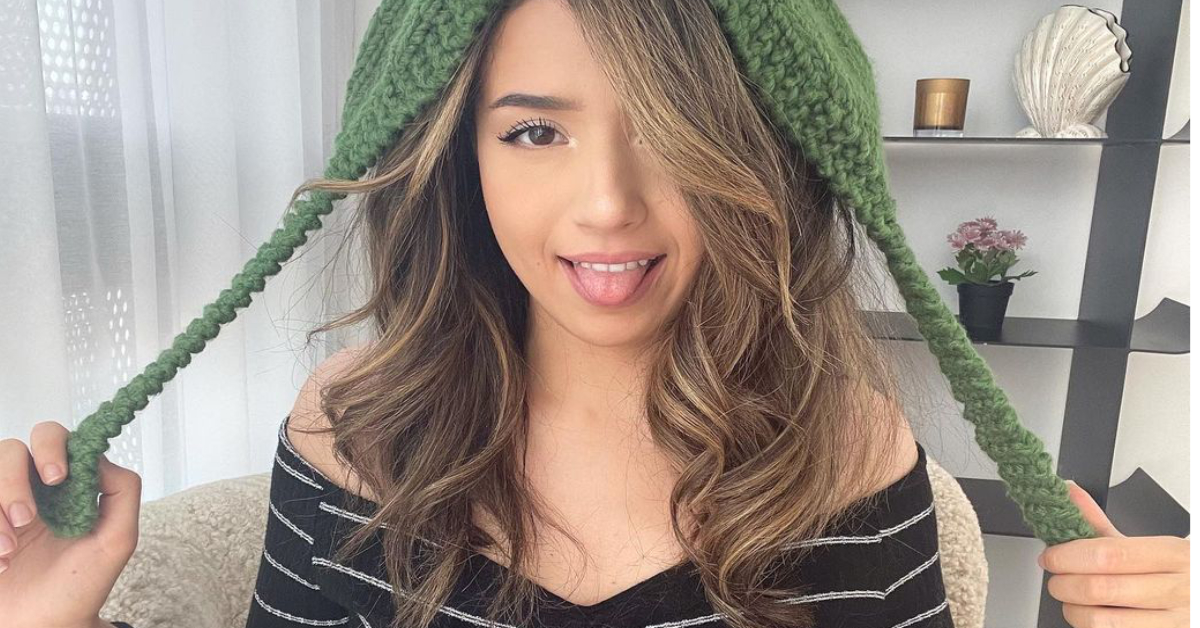 Twitch drama never seems to end. In fact, Pokimane and JiDion have managed to find themselves right at the center of it again. Some Twitch fans are furious at JiDion following his recent interaction with Pokimane.  This situation started last night when JiDion and his viewers entered into Pokimane’s chat to spam “L + Ratio”. 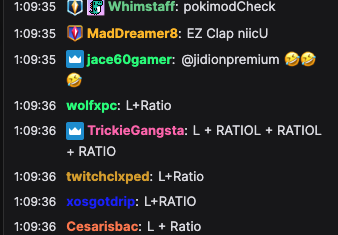 A picture of Pokimane’s chat when JiDion and fans entered.

Pokimane responded with frustration.  In a Twitch clip, Pokimane was noticeably frustrated with the situation. “There’s no way”, she said on stream. Pokimane eventually ended her stream because of the situation.

Following her stream ending, JiDion and streamer Adin Ross discussed the events on Adin’s stream. Both streamers did not think he was harassing her.

JiDion and his viewers also went to Ninja’s stream in hopes that the streamer could help prevent a ban for his actions. Ninja reacted on stream.

Pokimane later reacted to Ninja’s stream clip on her on stream. She was a bit disappointed in the streamer.

JiDion was ultimately banned from Twitch due to the matter. On Twitter, he confirmed that his suspension was for two weeks.  He also changed his Twitter profile picture to be a picture of Pokimane during this time as well.

Streamer Mizkif took to Twitter to defend Pokimane as well. In his tweet, he voiced how he was upset with the “misogyny” and harassment that Pokimane faces.

Sad how Pokimane still has to deal with misogyny and harassment in 2022.

YouTuber Jacksepticeye also spoke up about the situation.

In this household we respect strong, successful women.
The amount of harassment they have to go through online for just simply existing is crazy.

Keemstar, owner of DramaAlert, seeing many in the community discuss the topic of ‘misogyny’ took to Twitter to share his own opinion on the matter.

They are lying to you! pic.twitter.com/zuqvwmcOh6

To wrap things up, JiDion also voiced his final thoughts on the situation via Twitter. “what I did really was TOS lol”, he said in a recent tweet.

On a serious note imma take this L cause what I did really was TOS lol, but that comeback stream is gonna be something pressure! Love y’all boys, banger dropping Sunday💔

Update(12/13/22 @ 7:07 PM EST): The article has been updated to include information about Ninja’s involvement, and also Jacksepticeye’s.

The latest information regarding this story can be found by clicking here.