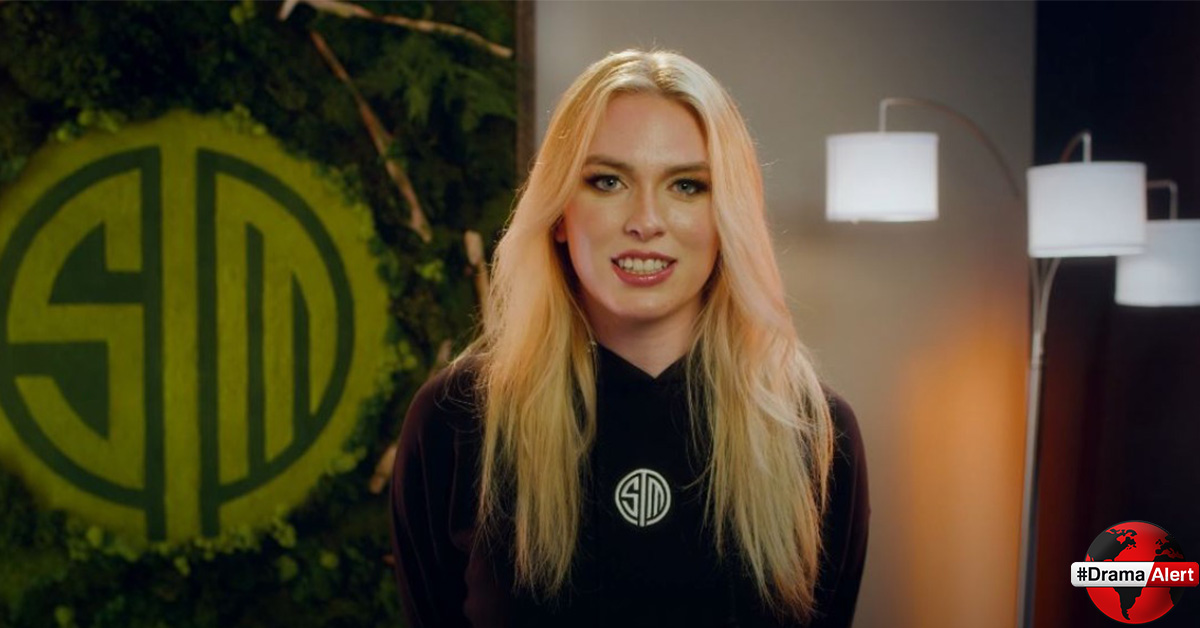 QtCinderella, is the significant other of famed Youtube streamer Ludwig, and host of the Streamer Awards. Although the Streamer Awards was able to sustain over 300,000 concurrent viewers on Twitch, many were quick to point out the mistakes and issues made by Cinderella and Maya Higa.

Twitch streamers and fans alike pointed out issues they saw during the event. Even Valkyrae & Sykkuno voiced the day after that she felt a segment of the awards was very skewed towards OTK, the friend group Cinderella has been seen to associate with the most.

The basis of the Streamer Awards being heavily biased is not just a topic that starts and ends with Valkyrae and Sykkuno not being featured. Many have voiced on Twitter that the show was incredibly biased  and skewed towards the direction of OTK. This was in full effect when Ludwig had won streamer of the year over XQC. This award came to such a shock that Shroud immediately voiced his concerns over the fact that XQC had lost to Ludwig.

Furthermore, this even sparked outrage on Twitter, with countless Twitch viewers pointing out even more issues and problems that they saw from the awards ceremony. This hate grew so large to the point that QTCinderella decided that she had to put her Twitter account on private. Additionally, she decided that she would be taking a break from the platform. 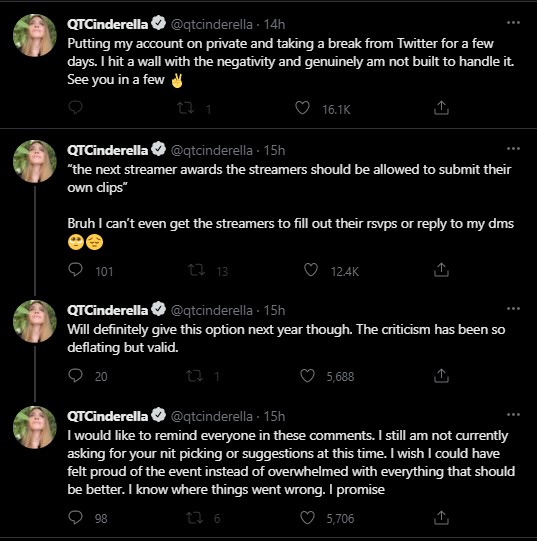 After the immediate hate, QtCinderella has not yet to decide if she will be hosting another Streamer Award next year.