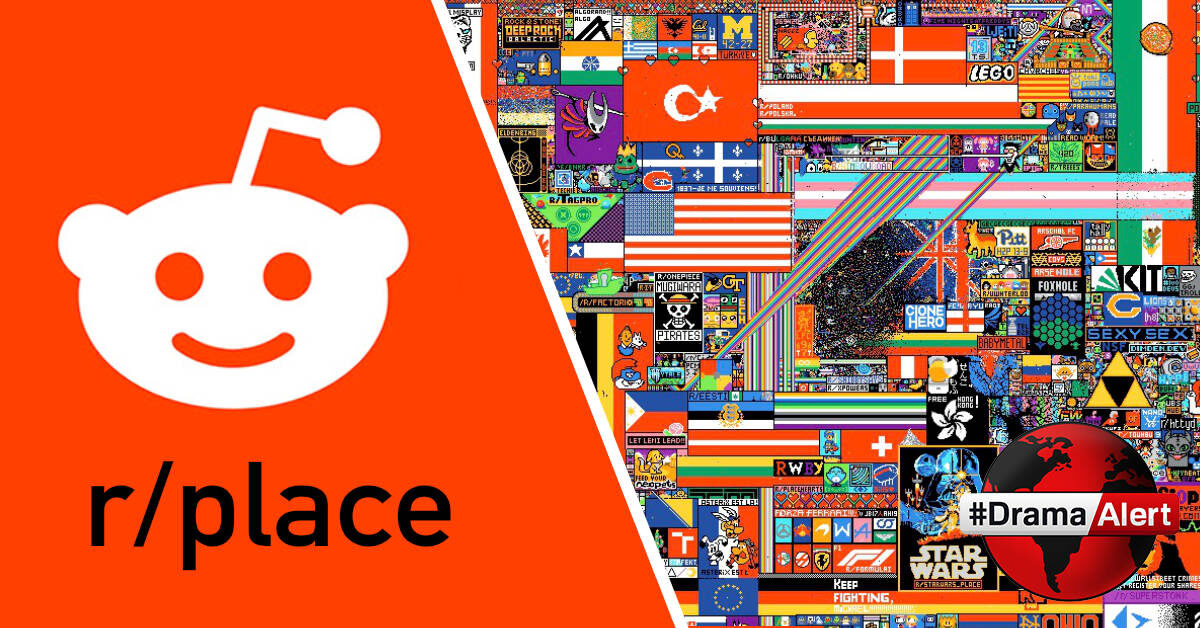 A screenshot of r/place next to the reddit logo

Reddit just brought back one of its most popular April Fools day projects, here’s what you need to know. Way back in 2017, Reddit launched its collaborative social experiment titled r/place, where Reddit users all across the globe could collaboratively place colored pixels to create art.  The original experiment was run for 72 hours before Reddit administrators pulled the plug. Well, now it’s back starting today, April 1st, 2022, and will be up for the next 4 days! Yes, Reddit brought back r/place this April Fools day!

“Some have visited a canvas before. / A place where togetherness created more. / Now in numbers far greater, taking more space, / It falls upon you to create a better place.”

-The poetic description of r/place

For many, r/place served as an accumulation of memes and communities. During the first experiment, many beloved reddit communities saw their birth, such as the rainbow road community, and the infamous blue corner community. Since its 2017 closure, many have taken to YouTube to share time lapse of the event. The most popular of which has gathered over 4.5 million views.

Despite its beloved start, this latest rendition of the experiment has been met with some criticism. Redditor’s have taken to the official subreddit to voice their concerns regarding alleged botting in the experiment, with one Reddit user writing: “Bots as far as the eyes can see”.

Furthermore, many players of this experiment have been suggesting restrictions on new accounts for participating. One reddit user wrote: “[It would] be cool if they added a 1 day old account minimum.” For now, it seems players of the experiment will have to deal with the problems. However, in an attempt to combat the issue of bots and alt accounts, many in the community have started coordinating their moves amongst themselves. Such attempts seem to be successful so far.