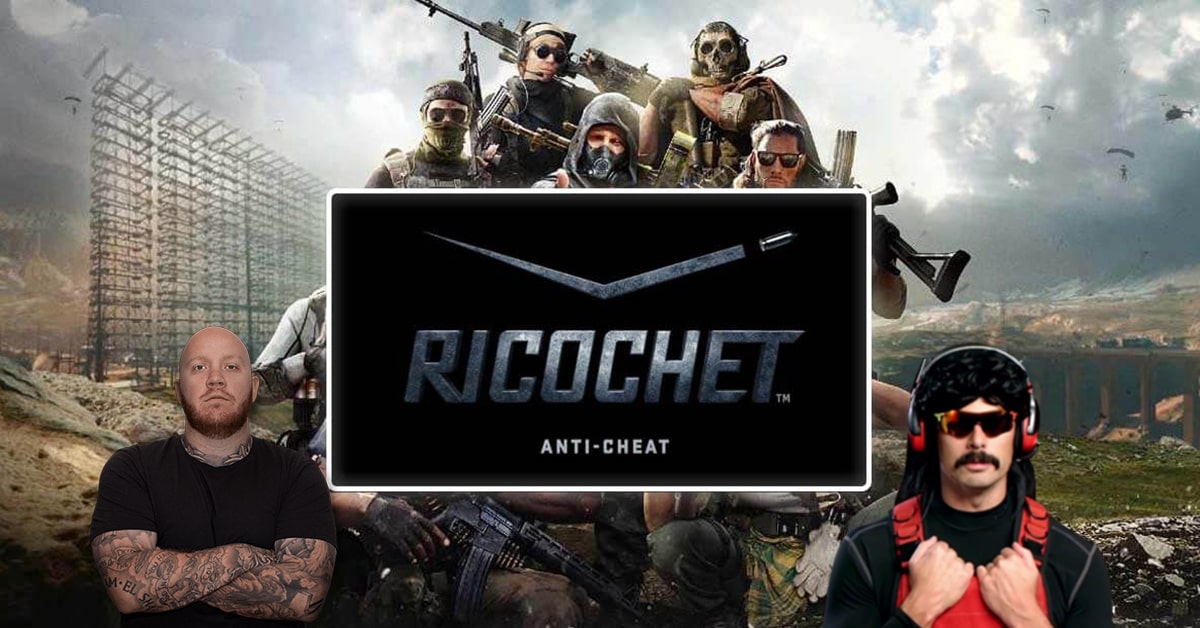 An edited picture of Call of Duty, including TimTheTatMan and DrDisrespect

Call of Duty has been one of the top games out on the market for years, with the lunch of Warzone on March 10th, 2020. Warzone sparked a lot of different opinions around how they’re going to deal with hackers. On October 12th, 2021 Call of Duty announced that they’re coming for hackers’ “Dear Cheaters”. This spawned a lot of fans commenting and hoping they fix the flaws Call of Duty has always dealt with over the many years since Call of Duty’s release in 2003 with the first game.

Influencers reacting to the news from Call of Duty:

On December 22nd, 2021 Call of Duty announced they banned 48,000 accounts that were suspected of cheating thanks to #TeamRICOCHET.

🔨 48K cheater accounts were banned yesterday across #Warzone and #Vanguard thanks to #TeamRICOCHET. pic.twitter.com/CEnAUFwcvt

Even with the Ricochet Anti-Cheat players are still having a hard time with hackers. Reports from streamers such as MondernWarzone on Twitch, players are still dealing with freezing lobbies, flying cars, and DDOSing servers to get a better competitive advantage.

Hackers with no names are freezing and DDOSing #Warzone servers.

Something similar to this used to happen in Verdansk, however the hackers then just instantly ended the game, it didn’t kick everyone.

There was also an ATV glitch in Verdansk that crashed the server for everyone.

Streamers POV of hackers even having flying cars now in Call of Duty:

honestly idk why people are complaining about the current state of warzone I think it’s fine🤗 pic.twitter.com/I7hpPu28iU

With the recent news of Micrsoft acquiring Activision Blizzard, most fans thought they’d bring hope to the Call of Duty franchise. Though Dr. Disrespect has another idea for what is to come to Call of Duty and thoughts on it.

Though, with the recent changes and updates, Ricochet Anti-Cheat has seemed to be working. Facebook streamer caught streaming warzone and is very upset over the fact he got silence aimed. Rather, than this individual hiding his hacks he openly does it on stream in front of an audience.

2 mins of a cheater UPSET over his cheats not working 😂😂

Call of Duty has been keeping its player base somewhat on the fence about how they’re handling hackers but the horizon looks good for Call of Duty. Hopefully, streamers can take a sigh of relief with more updates coming to Call of Duty with improvements from Microsoft. According to Jason Schreier at Bloomberg, Activision is committed to releasing three new Call of Duty games on PlayStation platforms, including Warzone 2. That is set to lunch in 2023 which Schreier says. 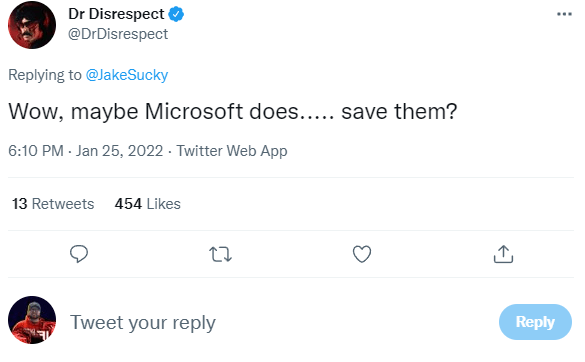 Screenshot of Dr. Disrespect replying to the news updating his thoughts on the future of Call of Duty.

About the Author: Garrett Allers