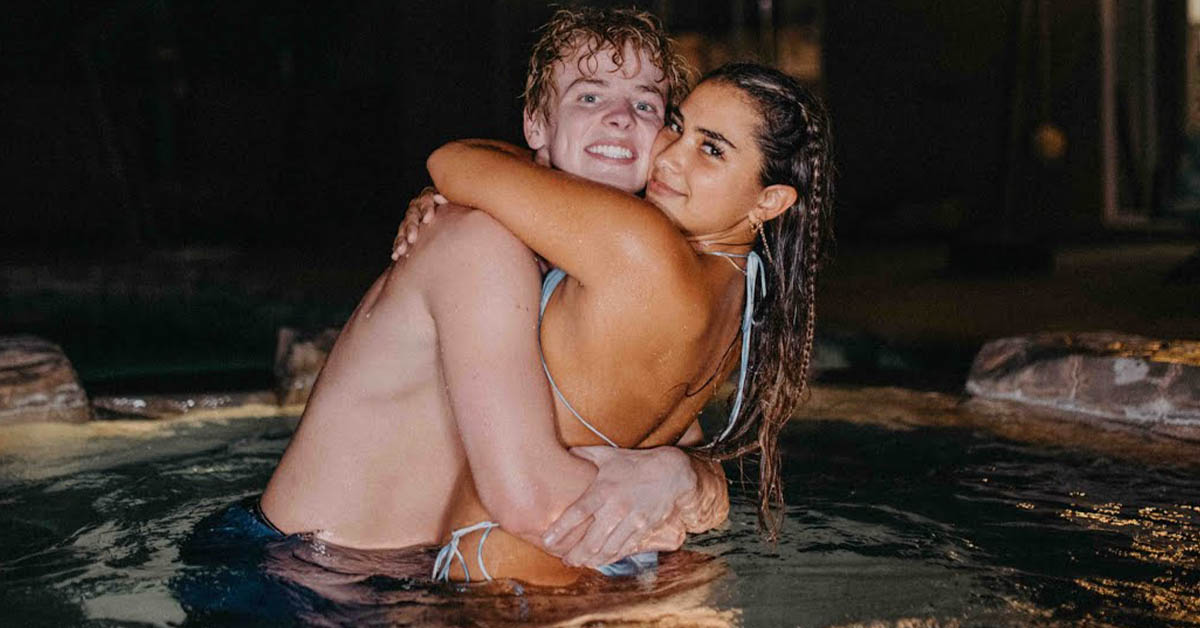 A photo of Sienna Mae Gomez and Jack Wright via YouTube

Sienna Mae Gomez has spoken publicly for the first time about Jack Wright’s sexual harassment accusations which he made in a video posted to YouTube about a month ago. Although these rumors have been circulating for over a year, it is only recently that the main parties involved have begun to speak out on the matter.

Recently, Gomez gave an interview to the BFFs podcast, but not alone. Hosts Dave Portnoy, Josh Richards, and Brianna Chickenfry were surprised. They noted that an attorney and a forensic expert accompanied Gomez. Gomez explained that she would answer the emotional questions and that the others would help her explain the legal side of the matter. Gomez’s lawyer beforehand clarified that there are no legal actions going on on both sides. But as we advanced, she said that the idea of a defamation lawsuit against multiple people was being considered.

Gomez then took the opportunity to say that she is taking a break from social media and that she is not watching any videos posted on the subject. Soon after, she reaffirmed that she and Wright have never dated and that they have never done anything but kiss. When asked about her first reaction when the allegations surfaced, she said she was as surprised as the entire internet.

The Other Harassment Accusations:

In the video that Wright posted in January of this year, he stated that other people had contacted him, saying they had gone through similar situations with Gomez. To these accusations, Gomez’s lawyer has said that there are no grounds and that no charges have been legally filed. At this point, Richards (one of the hosts) questioned Gomez about the motivation for Wright to publicly make these allegations since Gomez said they were false. Both Gomez and her lawyer said they did not know Wright’s reason.

Following this, the controversial video in which Gomez is seen sitting on Wright’s lap while kissing him was brought into conversation. Eventually, the forensic expert showed a video-analysis of the viral kissing video. In this analysis, he argued that the video was too short to provide any conclusive evidence. He also pointed out that the footage had been modified several times since its first publication, making it unreliable.

Additionally, Gomez’s lawyer later revealed that bots are allegedly being used to send hateful messages to the influencer. Speaking on the matter, the lawyer affirmed the illegality of the alleged bots: “It’s not just dirty, it’s illegal.”

Finally, Portnoy asked Gomez if she would like to sit down and talk directly with Wright about the matter. At first, she said yes; however, being emotionally shaken by this story, she said she might not be able to.

Looking for more information regarding these allegations? Click here.