SSSniperwolf, who is also known as Alia “Lia” Shelesh, is a well-known youtube content creator with over 30.6 million subscribers. Throughout her 8 years on YouTube, Lia has cemented herself as an unlikable figure amongst a sizable portion of the YouTube commentary community. Over the years Lia has demonstrated time and time again a pattern of morally disingenuous and unacceptable behaviors.  Today her moral disingenuity was displayed in full force after SSSniperwolf allegedly ghosted a terminally ill 10-year-old girl named Kiara. 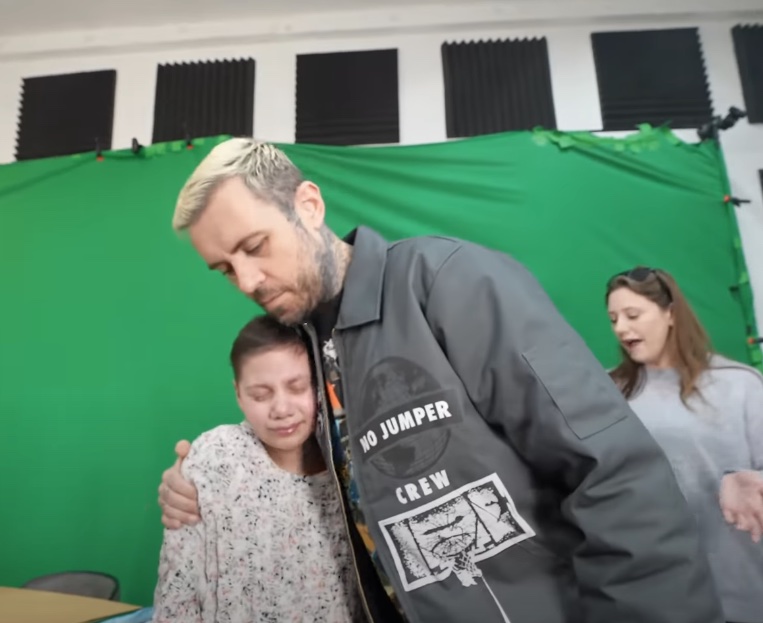 Adam22 hugging the terminally ill child in a recent video on the set of No Jumper.

Keemstar was the first to take to Twitter sharing SSSniperwolf’s awful behavior. He posted the following Twitter video where he explains how Adam22 (from the No Jumper Podcast) reached out to Keemstar in order to make this sick child’s dream come true, which was meeting SSSniperwolf, her idol.

She Ghosted a 10 year old dying of cancer! pic.twitter.com/GcZm9XabO8

As explained by Keemstar in his Twitter video, “SSSniperwolf agreed to talk to the kid dying of cancer”

So what is SSSniperwolf doing? Well, not talking to the dying kid. She instead decided to blow off the arranged meeting for chocolate cake at a fancy restaurant, so it seems.

SSSniperwolf shared the following picture to her Instagram, demonstrating that she was not preoccupied at the time of Keemstar’s Twitter video. 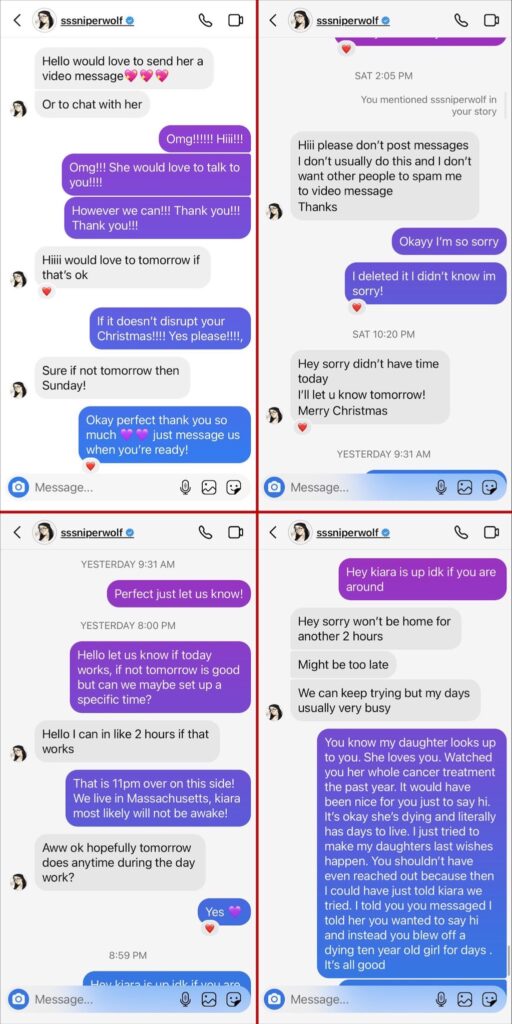 After repeated attempts at arranging a meet, the sick girls mother blocked SSSniperwolf out of frustration.

OmarGoshTV shared in the description more information, where he mentioned how within a single day he assemble 11 other YouTubers to make a heartwarming video. The fact that 12 of YouTubes’ top influencers managed to take time out of their day at a moment’s notice demonstrates how poorly SSSniperwolf handled the situation.

“This was a private video I shared with Kiara earlier however the family is in dire need of prayers so that’s why I am sharing this out and was given the OK by mom to do so.” – OmarGoshTV

SSSniperwolf took to her YouTube comments following OmarGoshTV’s video, and shared the following:

“Sssniperwolf has time to defend herself but not time to call a 10 year old fan dying of cancer.” – Keemstar

OmarGoshTV also shared Kiara’s GoFundMe, which can be found here