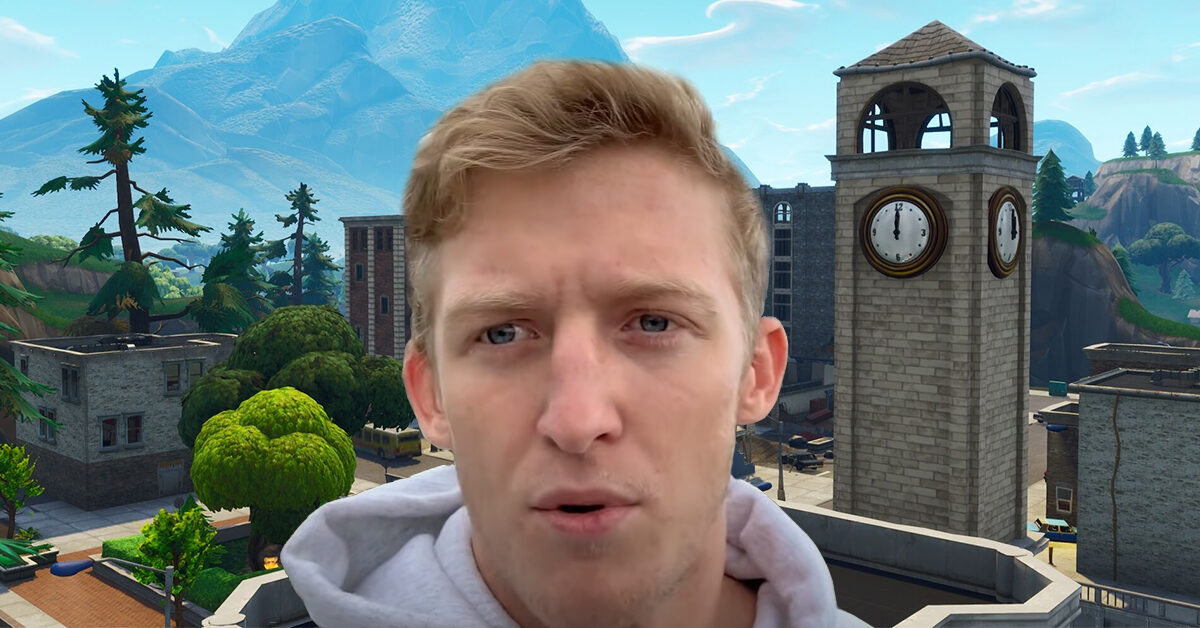 An edited picture of Tfue over top of Tilted Towers.

Tilted Towers returns to Fortnite, and many gamers have mixed reviews about its return. From October 2017 to May 4th, 2019, Tilted Towers stood tall until the day of the Unvaulting event where it was destroyed by a volcano. Tilted Towers was no more, including Retail Row which is another location on the map. Both locations were vaporized in the event until Retail Row was renamed ‘Mega Mall’ at the beginning of Season 9. To fan’s excitement, Tilted Towers returned to the map on January 18th, 2022.

Not everyone is happy about its return! Recently, Tfue made a comment about the return of Tilted Towers, and he doesn’t seem pleased.

Why does Tfue hate Tilted Towers? Back in early 2019, Tfue was streaming and expressed his opinions about the Fornite location. On his stream, he expressed his frustration over the location being “garbage”.

Despite its disappearance, it appears that Tilted Towers is still popular amongst fans. Fortnite players are enjoying having it back on the map. Many have taken to Twitter to voice their excitement.

Glorious return back to Tilted for @NICKMERCS pic.twitter.com/yKgGyA4gud

Never thought we'd see this many people drop at one spot ever again @NateHillTV 🥲 pic.twitter.com/diTgTfipbF

Looks like one of Fortnite’s most popular tournaments returned in time for Tilted Towers, click here to read more about it.