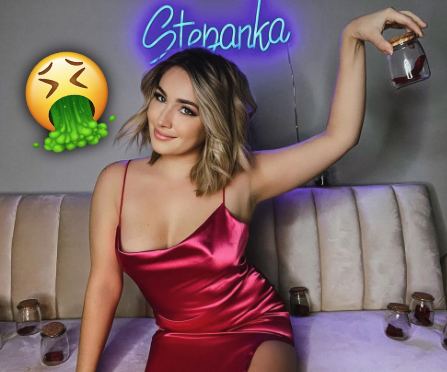 The reality TV star named Stephanie Matto, who’s best known from the show 90 Day Fiance, found her true calling when she started to sell her farts to strangers online. Matto first went viral back in November of 2021 on TikTok after she opened up to the world about her gaseous business. She has since posted various TikToks about her jar-farting lifestyle. In one of her TikTok’s, she admits that 97 people have already purchased her product.

#answer to @DefyByDefault what a crazy year! Over 200 sold and now launching fart jar nfts jan 3rd! Discord is up! 👌🥰 #EveryKiss #YerAWizard

If the above TikTok fails to load, click here.

It was all going well until recently. In an interview with Jam Press, the professional farter decided to call it quits after being hospitalized for what some journalists have called a “Fart Attack”. Matto admits in the interview that she feared she was having a heart attack following chest pains; however, following bloodwork and EKG testing, Matto found the reason for her pain… her gaseous diet.

During this interview, Matto also opened up about what the doctors told her. Matto stated, “I was advised to change my diet and to take a gas suppressant medication, which has effectively ended my business.”  Following this incident, the pro-farter decided to retire from the business. Just yesterday, She shared the following TikTok opening up about her fart-attack experience.

If the above TikTok fails to load, click here.

However, it wasn’t all for nothing. She recently announced that the hustle was able to net her over $200,000. Looking for more to read? Click here.