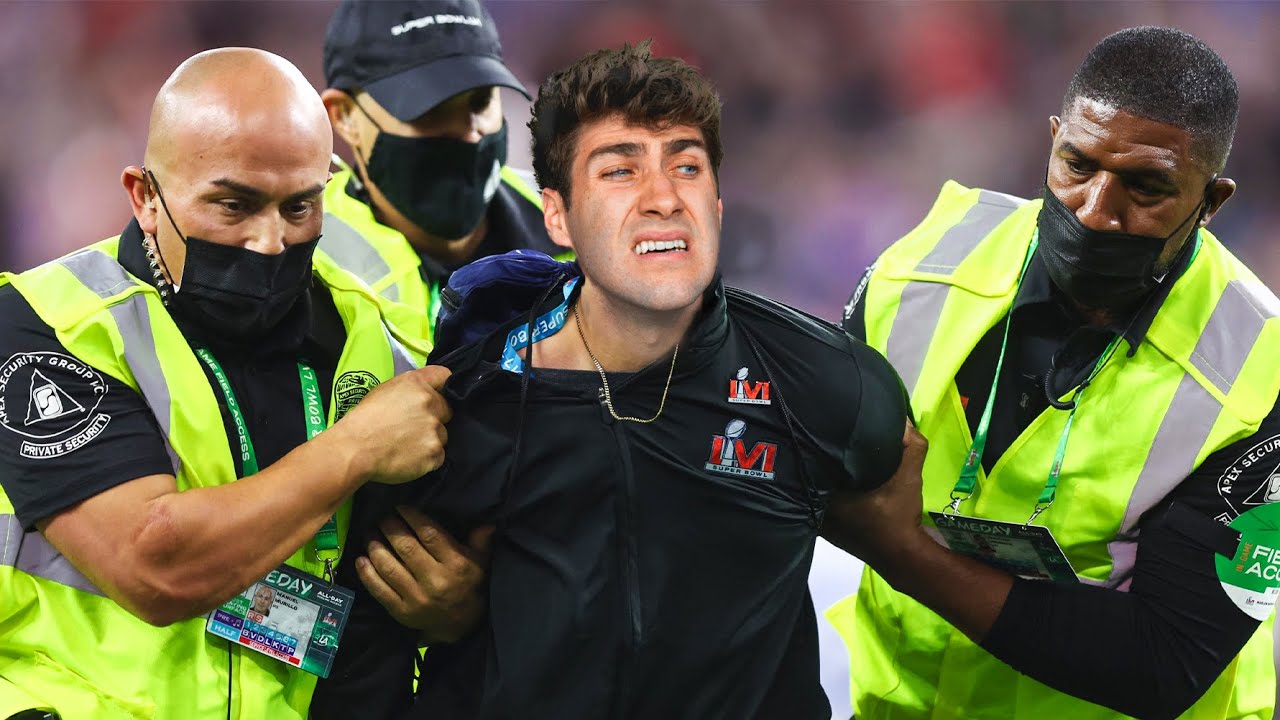 Popular YouTuber Airrack is known for being able to sneak into places. After trying to sneak into the Super Bowl last year and failing, he finally got his redemption this year. In his most recent video, Airrack managed to get in and watch at least part of the final game between the Cincinnati Bengals and LA Rams before being escorted out by security guards.

To ensure the operation’s success, Airrack has prepared several different plans. Initially, he tried to get a job that would grant him access to the stadium and had no luck with this. On the game day, he also tried to pretend that he was a food deliveryman, but he was also unsuccessful.

Only on his third and most orchestrated attempt did Airrack succeed. For this, he needed to use Apple’s localizers, also known as Apple Airtags. By activating the device and placing it in the open bag of a stranger at the stadium entrance, he could get a location and claim that it was his phone that he had lost inside the stadium. And this was the appeal he used to get past the various levels of stadium security.

@airrack I caught you your next video is sneaking into the super bowl @airrack pic.twitter.com/wHp22y94Dp

After passing through security, Airrack finally made it to the area where he could watch the game. But that didn’t last long. In the video, we can see that he was constantly being monitored by security. He managed to stall them for a while, but eventually, he was escorted out of the stadium.