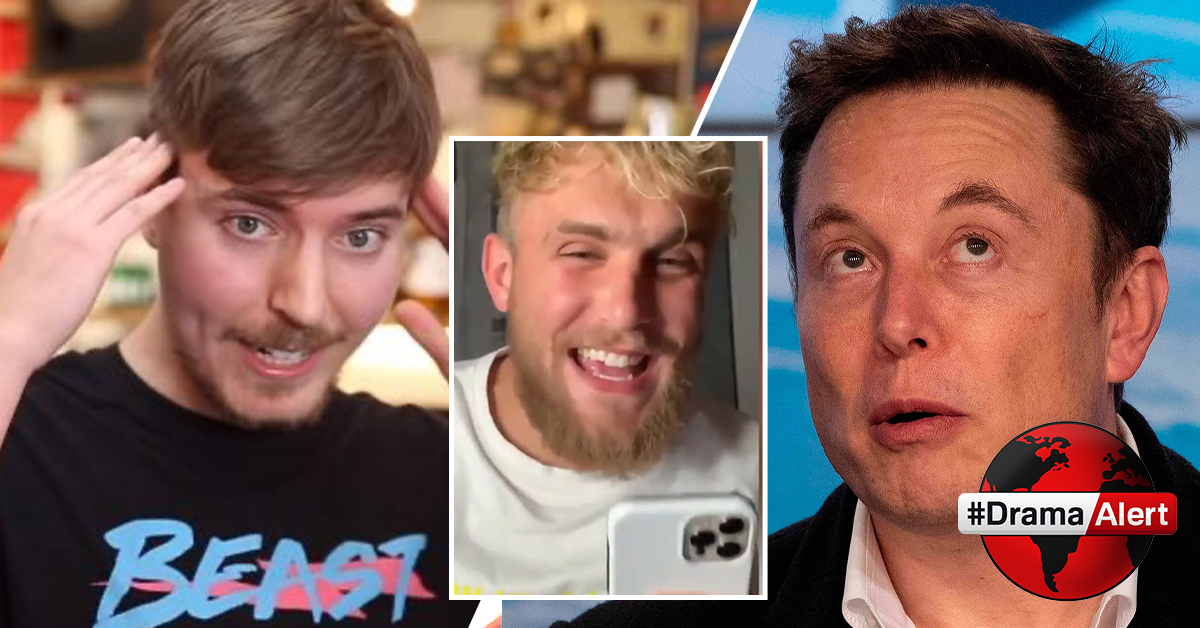 The blockbuster news of Tesla and SpaceX CEO Elon Musk buying Twitter for a reported $44 billion sparked community reaction. While the purchase gives Musk control of another giant company, many people are not sure what the deal means for the future of Twitter. The mega-deal prompted influencers to weigh in — using the very social platform that Musk just bought.

Arguably the face of YouTube and someone who’s had many entertaining interactions with the billionaire Musk on Twitter, MrBeast simply said, “This is going to be interesting”.

This is going to be so interesting 🍿

KSI and JiDion had interesting reactions to the news. JiDion, a controversial YouTube prankster, shared his delight with the shift on Twitter. “So I can start tweeting wild shit, and not be worried about being canceled?” KSI replied, agreeing with the sentiment from JiDion.

Prior to the interaction with JiDion, KSI tweeted that he believes Twitter has been saved by Musk. “Elon has bought Twitter. Twitter is actually saved”. In the past, KSI has left the platform due to the climate of “cancel culture” and the pressure of being held accountable online. So, it’s no surprise he followed up with “Cancel culture is stressed”.

YouTube’s Problem Child and professional boxer, Jake Paul, shared a lengthy, more political response to the breaking news. Paul feels Twitter has become full of toxicity and lies from left-wing media. He says these people will “no longer have a platform to censor, hide, and manipulate the truth.”

with Twitter being the most toxic and corrupt platform full of lies from the left they will no longer have a platform to censor, hide, and manipulate the truth.

If this tweet makes you mad then you’re guilty🤓

Kyle Forgeard, of NELK, tweeted a photo of him and Donald Trump, tagging Elon Musk with the caption “yo, maybe reinstate Trump on Twitter”.

Donald Trump was infamously banned on Twitter in January 2021. Like Forgeard, questions over whether Trump would be allowed back on Twitter arose after Musk acquired the company in part to make it a platform for free speech. Trump spoke with CNBC’s Joe Kernen on his relationship with Twitter and Elon Musk.

– Donald Trump on his decision to not return to Twitter

Trump has posted just once on Truth Social, which has been billed as a free-speech alternative to Big Tech platforms. It falls under the former president’s Trump Media & Technology Group, which is poised to merge with Digital World Acquisition Corp. Shares in the stock plunged nearly 13% on Monday after Twitter announced it had accepted Musk’s offer.
Click here to catch up on influencer news!
By Alex Lord|2022-04-25T19:23:39-04:00April 25, 2022|Entertainment|Comments Off on YouTubers React To Elon Musk Buying Twitter