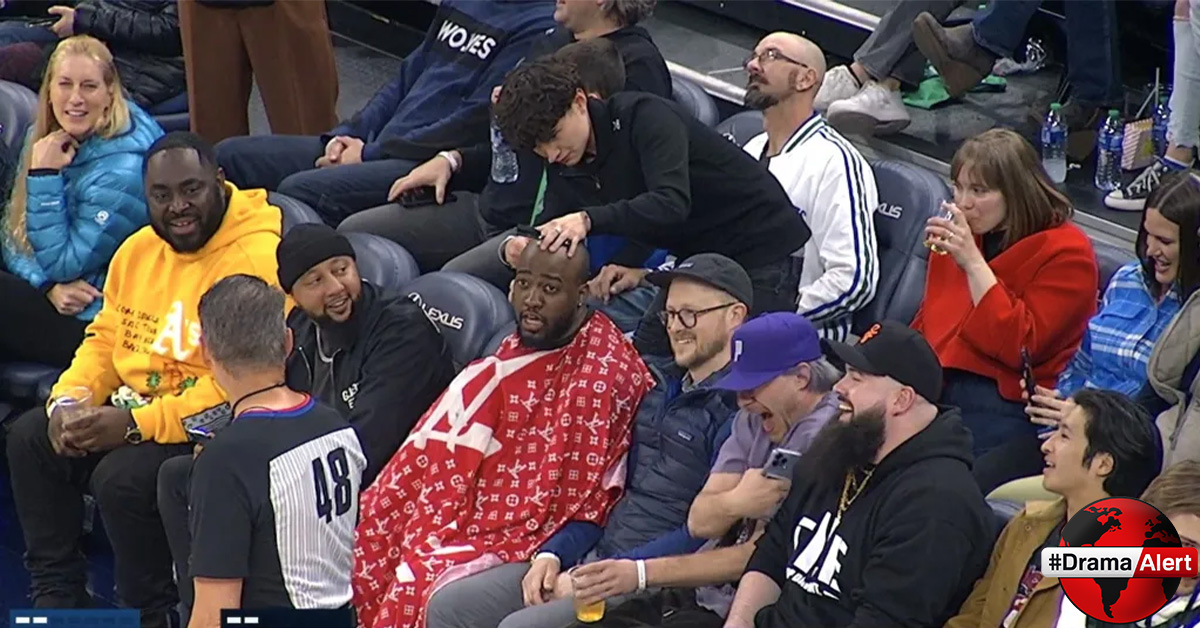 Following his Harvard prank and his Pokimane saga, JiDion is going viral once again as he took to court-side of the Minnesota Timberwolves vs. Dallas Mavericks game for a haircut.

JiDion has bumped up from YouTuber to viral superstar over his newest stunt. At the new Timberwolves game, players’ expressions turned from focused to confusion as when they looked to court-side and saw that someone had a Louis Vuitton barber cape on and was getting a fresh fade.

😂 Never a bad time for a fresh cut! pic.twitter.com/2R7nRpvBWc

The situation was so strange that even the casters started to move their attention from the game to the YouTuber. As the game went on, more noticed JiDion at the game.

The barbershop is open in Minnesota 😭💈 pic.twitter.com/fFvTcMJws0

Jidion getting a haircut courtside at the Timberwolves game LMFAOOOOOO pic.twitter.com/FrDdTnJcQE

Even with so many tweets about him, JiDion never ended up responding to anyone except for the Timberwolves tweet of him before the cut stunt.