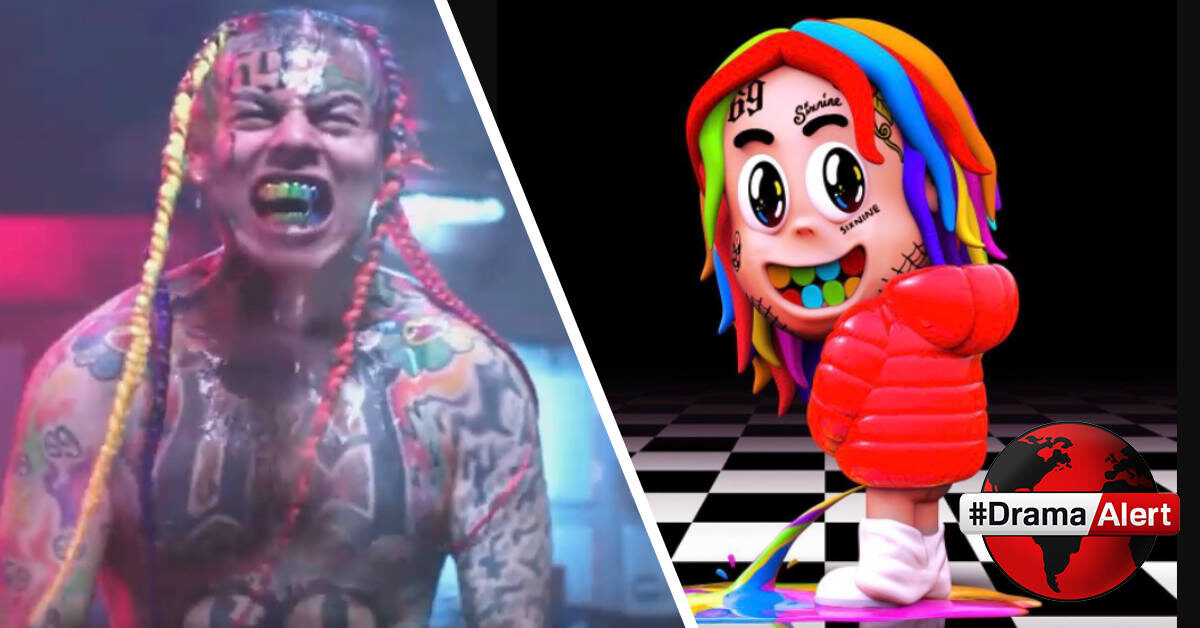 Rapper 6ix9ine may finally be coming back. On Saturday, April 9th, 2022, the New York based rapper took to Instagram to tease a return. On Instagram, the rainbow haired rapper shared that he’s “going back home” and that he is the “industry’s most hated animal”. Additionally, on his Instagram post he shared a clip of what appears to be an upcoming music video and the follow message: “THE DEMON IS BACK APRIL 15th”.

“I hope everybody enjoyed there 15 minutes. THE DEMON IS BACK APRIL 15TH. I’m THE BEAST they couldn’t contain. The industry most hated animal. APRIL 15th the KING OF NEW YORK IS COMING BACK. I’m going back home 🗽🗽🗽 …… 🌈⚡️💦🐬🧠 AYOOOOOOO GINÈ GINÈ 🗣🗣 DONT GET CAUGHT ON REPLAY ‼️‼️”
– 6ix9ine

With his return now set in stone, it is unclear how the rapper plans to overcome his controversial past. Back 2018 and 2019, the rapper found himself in the middle of a RICO case, where the rapper and his former gang were accused of conspiracy to murder and armed robbery.

Additionally, back in February of 2019, 6ix9ine managed to dodge all serious charges by accepting a please deal. As apart of this deal, the rapper was to testify against his fellow gang members. The rapper accepted this plea deal after learning his gang members attempted to kidnap him.

Since then, the rapper has a negative reputation in the hip-hop community for ‘snitching’. Many have taken to call the former gangster rapper a ‘rat’. Since his release, it has been difficult for 6ix9ine to navigate around this topic in terms of his music career.

With the rapper’s return on the horizon it will be interesting to see if the rapper plans to change up his music. Many feel that the rapper shouldn’t make gangster-style music due to him violating “street code” by “snitching” on his former gang.