Could This Be Logan Paul’s Secret Project? 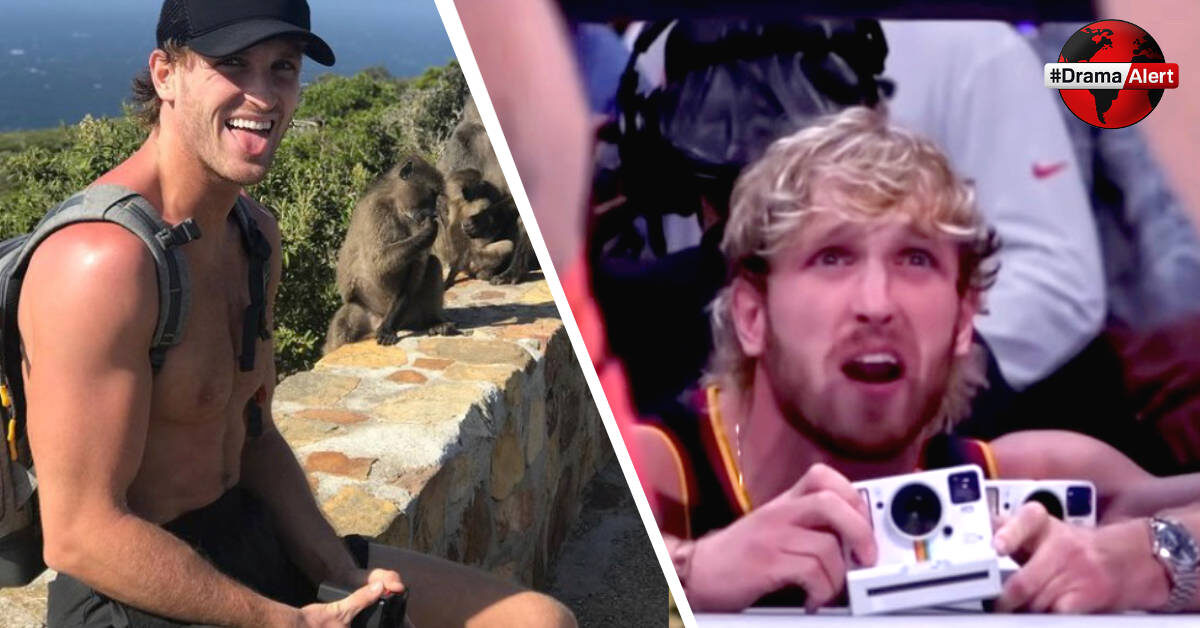 Recently, Logan Paul has been teasing an upcoming secret project. This has many fans speculating what his project might be. Well, recent trademark filings may suggest what Paul has been working on. Could this be Logan Paul’s Secret Project?
Back on April 8th, 2022, the avid Pokémon collecting YouTuber took to Twitter to share some good news. On Twitter, Paul shared that in the following week he would be releasing a trailer to a “passion project”. Currently, the details surrounding this project are unknown to the public. On Twitter, Paul informed his fans that this “passion project” will be the biggest thing he has ever done. This raises the question: what could Logan Paul be working on?

this will be the biggest thing I’ve ever done

One possible theory to what Paul’s “biggest project” might be is an NFT collection. Back in February of 2022, Logan Paul Promotions LLC filed trademarks for what appears to be a photography-based NFT collection. Terms such as “Originals by Logan Paul”, “Momints”, “99 Originals”, and “Originals Dao” were filed by the LLC.
Such an NFT project could explain why Paul has been sporting a Polaroid film camera in recent. Paul’s Polaroid camera was seen spotted all the way back in August of 2021 at his brothers first fight again Tyrone Woodley. Since then, Paul could be seen wielding his camera periodically.
Perhaps the photographs Paul has been taking over the year will be featured in an upcoming NFT project? Though this is speculative, it does align with the theme of the trademarks, which appear to be centered around Paul’s biggest moments. In recent, Paul has witnessed some of the highest moments in his career. From being ring side with his brother, purchasing the most expensive Pokémon card in the world, and making an appearance at Wrestle Mania. Needless to say, Paul would have a lot of material for such an NFT project.
To further support this theory, Paul shared on Instagram a teaser for this upcoming project. Yesterday, on April 8th, 2022, Paul teased the project by sharing his tweet, with a picture of himself and his Polaroid camera in the background. Additionally, Paul also has numerous Instagram posts featuring his Polaroid camera, showing his travels across the world in the process. 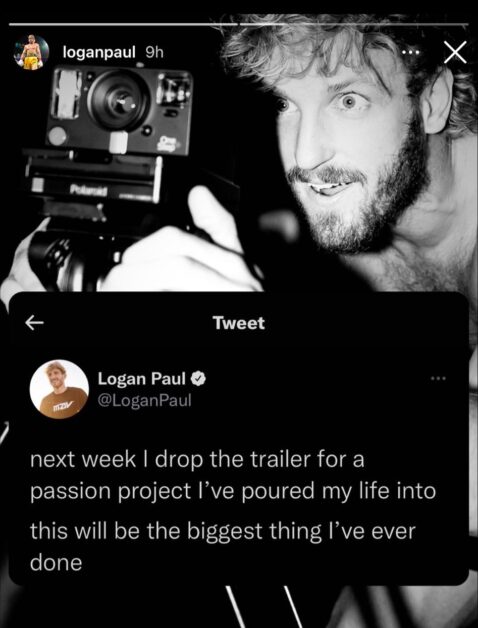 A recent instagram story of Paul teasing his upcoming project, which features his Polaroid camera.

For now, fans will have to wait until next week to find official confirmation on the matter.
By Oli "Geno" Eugenio|2022-04-13T15:52:46-04:00April 9, 2022|exclusives, Top Stories, Top Trending Stories, Trending Top Stories|Comments Off on Could This Be Logan Paul’s Secret Project?