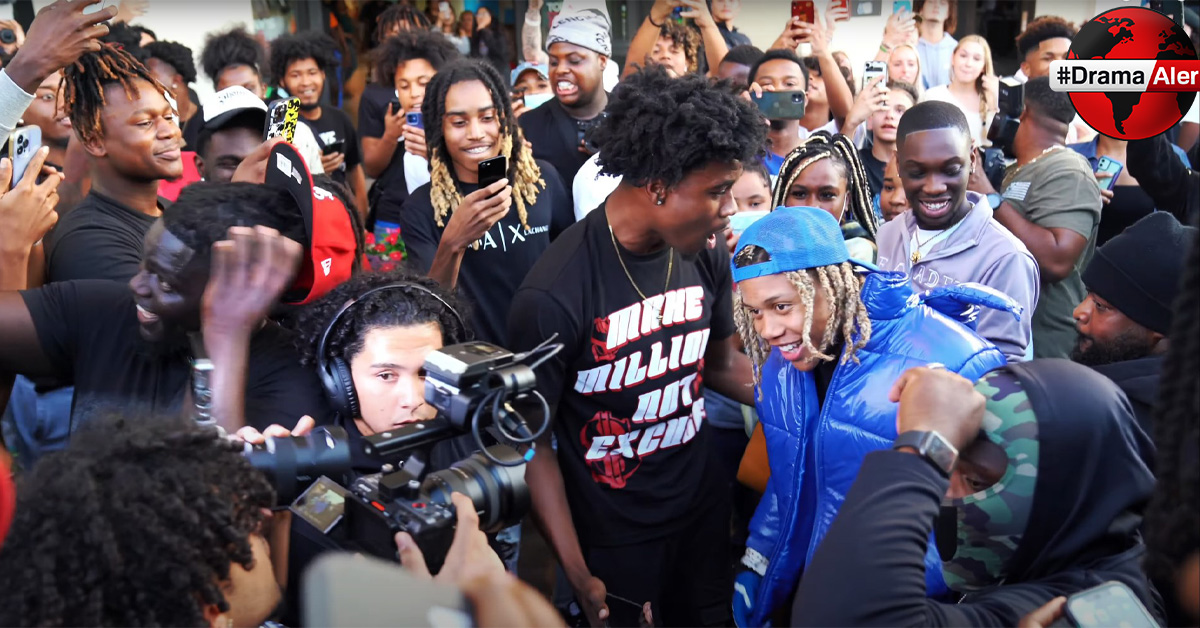 When influential figures appear at the mall, it’s known for the surrounding public to lose their minds and attempt to do anything to be closer to their idols. However, a YouTuber just recently proved that it doesn’t even need to be that idol, just someone that looks like them. In KingCid’s most recent Youtube video titled ‘Fake Lil Durk Prank At The Mall! **SHUT DOWN**’, the YouTuber enlisted the help of Lil Durk lookalike Shmurkioo to shut down an entire Florida shopping mall.

The 15 minute video demonstrates just how crazy crowds can get when enough people say that a famous person is in the building. Immediately you can see the crowds of children and adults running straight to the source of yelling with their phones out to snag that one pic to flex that they were “with Durk.” Fans continued to stay attached to the doppleganger throughout his entire journey through the mall up until the very second that his designated ride came to whisk him away.

The iconic video even took Twitter by storm, featuring posts from XXL, Complex, and multiple rap niche twitters. Surprisingly, this isnt the only time this doppleganger has been on Durk’s radar. Three days ago Durk took to Instagram to react to Shmurkio in a post captioned “OMG WHAT HAPPEN TO SMURK”.