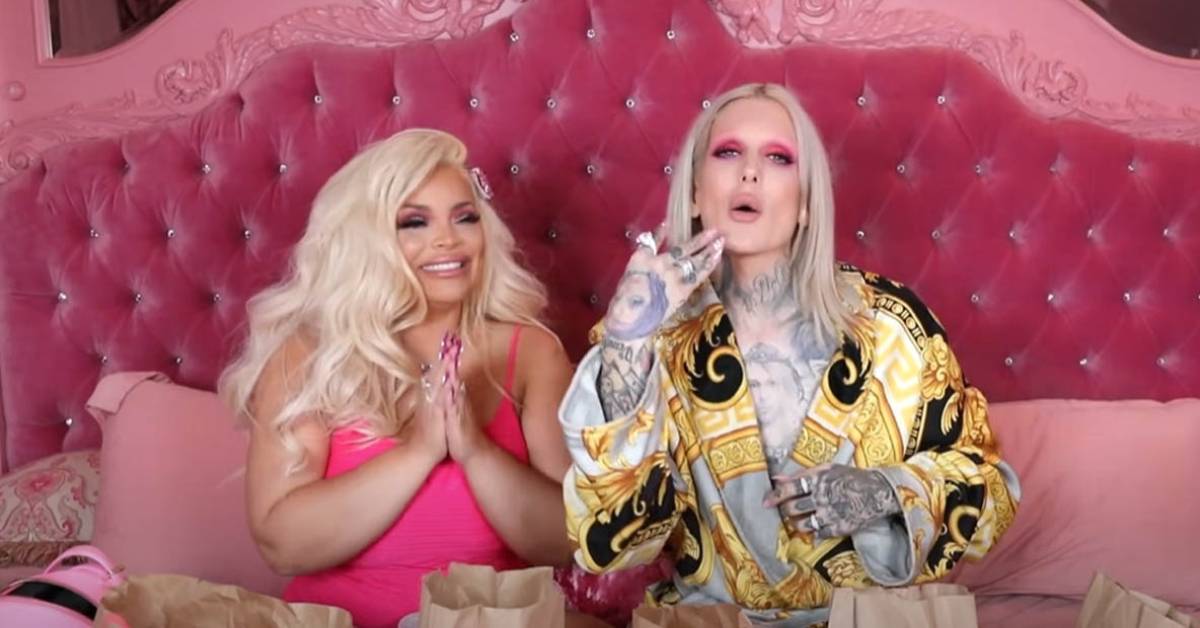 Jeffree Star is one of today’s top makeup artists. He has over 16 million subscribers on his YouTube channel, and amidst a history of controversy, he has managed to become one of the biggest names in the beauty industry. Recently he launched his skincare line called “Jeffree Skin.” The Hollywood Fix channel paparazzi met Star at BOA Steakhouse in West Hollywood, CA, on a night of celebration for the successful launch.

During the conversation, the paparazzi asked Star about his former friend, Trisha Paytas, and her pregnancy. Star confirmed that he had not contacted her about this but said: “Trisha, congrats bitch! That’s nuts! I think she always wanted to be a mom, so that’s kinda awesome; I just want more dogs.”

Later in the conversation, Star talked about his reunion with Tana Mongeau and Shane Dawson. Mongeau and Dawson had an honest discussion during the “Jeffree Skin” release party, according to Star. He believes they will be friends, even though they had minor conflicts of ideas when Dawson was being canceled.

The paparazzi then took the opportunity to ask if Star was now being unproblematic. Star replied that he was enjoying the good times 2022 was bringing him but that he would if he needed to fight. Star expressed his desire to participate in a boxing match this year. He even mentioned that he would be willing to fight Logan Paul.

The drama between Kim Kardashian and Kanye West

Before ending the interview, Star also mentioned that Britney Spears went to see his Hidden Hills mansion for sale for $20 million. However, Star didn’t give many details about the negotiations and just said, “We’ll see what happens.” Finally, the paparazzi asked Star about Kim Kardashian and Kanye West. Star replied that they absolutely cannot work things out between them and that Kanye should leave Instagram, referring to Kanye’s recent posts on his page.