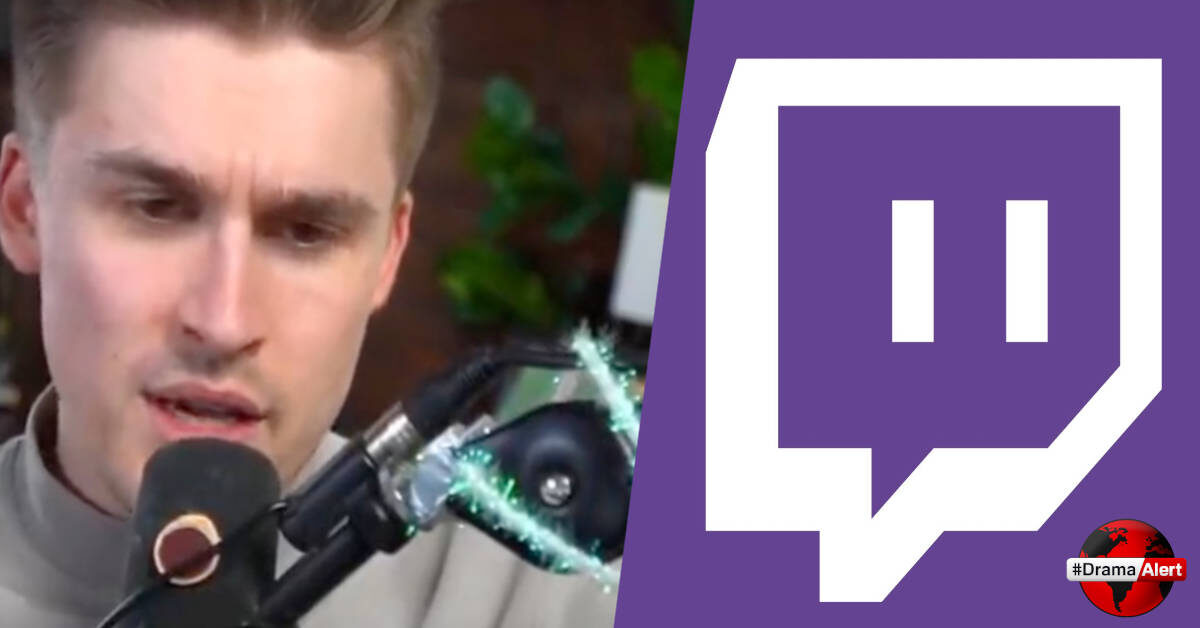 On March 15th, Twitter user and Ludwig’s Editor @Radstads took to Twitter with accusations that a Twitch/Amazon employee named Chrisitian Bishop was stealing work from numerous creators for an eSports related media group called @eSports. Additionally Radstads states that any attempt to talk about the issue with the Twitch/Amazon employee went ignored, and his own attempt was met with a Twitter block.

Nah @bishopchristian @esports you don’t just get to steal my work as well as numerous other creator’s, ignore all my attempts to talk to you and THEN block me for calling you out again.

You work for @Twitch and you’re knowingly stealing content, how are you not embarrassed? pic.twitter.com/uAe7NVl74M

Following this call out, many in the community took the replies to show their support. Additionally, after some backlash from the community, Radstads shared alleged messages with an employee of @eSports who allegedly called Radstads a “fucking nobody”.

It’s actually nuts to me that the head of digital @esports (@Kendryx_ ) is doubling down internally as well?? If you want me to list all the issues with the content theft and easy solutions you can always shoot me a dm instead of calling me a “fucking nobody” pic.twitter.com/jo6QfJPY3j

After his call out, the Twitch/Amazon employee Chrisitian Bishop, Privated his Twitter account for a bit.  However, this was not before he alleged set up a Twitter bot to automatically block anybody who interacted with Radstads’s tweet.

Heads up: It seems like they’ve setup an auto blocker to block anyone who interacts with your tweets from seeing the original.

Ludwig, seeing the situation with his editor, decided to speak out as well. On Twitter the influencer said: “yo, wtf @Twitch can you get this headass to stop stealing people’s work ???”

yo wtf @Twitch can you get this headass to stop stealing people's work ???

Ludwig also took the opportunity to speak about the situation on his stream.

.@LudwigAhgren has taken to stream to call out @esports after @Radstads was blocked and called "a fucking nobody" when calling them out for directly reposting edits to their TikTok page and removing watermarks pic.twitter.com/PWtpZYq5NF

Following serious backlash from both fans and influencers, eSports decided to nuke their TikTok account, removing the alleged stolen content in the process. Radstads shared the following in reaction:

Imagine getting rolled so hard by a “fucking nobody” that you nuke your entire tik tok account pic.twitter.com/9KEnKbeOrs

@eSports Apologized For Their Misconduct:

Eventually, @eSports issued an apology, saying that they “messed up” and that they are “deeply sorry”.

As a result of the backlash, @eSports is now losing sponsors. GGWP Academy, an education and Creator Marketplace service for streamers and content creators, took to Twitter to announced that they are no longer working with @eSports. On Twitter the sponsor shared: “Following an investigation, as of 2:39 PM (AEDT), we have terminated our partnership with Esports.gg”  […] “we [do not] condone disrespect towards any content creator, big or small. Relationships start with mutual respect and we stand by this.”

Earlier this afternoon, one of our community members raised concerns regarding one of our content partners, https://t.co/bn3myNTIS9. The issues surrounded their conduct on TikTok and internal communications regarding Ludwig.

As of now, Amazon nor Twitch have responded to the situation. As soon as they do, this article will be updated.

“The way http://Esports.gg treated content creators actively goes against our vision and mission to create a community where creators are given a great foundation to succeed and are empowered to own and use their content as they see fit whether that’s to share it with permission or monetize it. We’re building a space of education and greater professionalism where creators can find opportunities, and that can only be done with the help of creators and proper content attribution.”