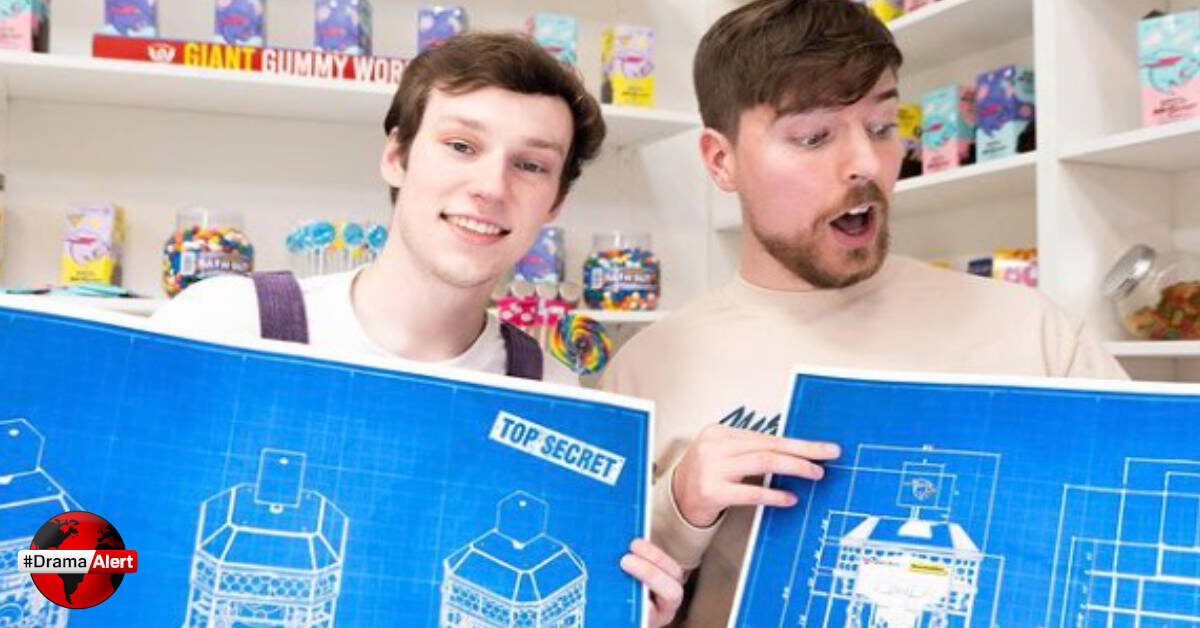 MrBeast has some major projects in the pipeline and he cannot seem to contain his excitement about them. Recently, the YouTube star has been dropping massive teasers to his next big videos.

One upcoming video of MrBeast’s is a recreation of Willy Wonka’s chocolate factory, inspired by the film. When MrBeast announced his new chocolate bar brand Feastables, he said that ten chocolate bars will contain a “mystery ticket.” The ticket winners will then be flown out to compete for the chocolate factory in the video.

I just launched a chocolate bar in three flavors (original, crunch, and almond) and 10 random bars contain a mystery ticket in them! The 10 receivers of the mystery tickets will be flown down to compete for a chocolate factory in a video GO TRY IT :))))https://t.co/PqfLIIo65u pic.twitter.com/98dSUoVvzC

Previously, he teased a functional chocolate waterfall and river.

Since then, the set has come together to look like a scene straight out of the movie. MrBeast shows it off in a new TikTok video, where he is dressed as Willy Wonka and his friends as Oompa Loompas. He also tells fans to expect the video “in a couple weeks.”

Giving Away a Private Island

Another video in the works for MrBeast is for his one hundred million subscriber special in which he will give away a private island. Currently, his YouTube channel is sitting at nearly ninety-six million subscribers. He spoke on the idea in July 2021 and more recently in May 2022.

If we hit 100 million subscribers I want to grab 100 random subscribers, put them on a giant island, and have them battle for it somehow lol

And while building this we also have to terraform an island. I’m giving away an island for 100 mil but nice looking big islands cost 20 mil $ so I bought an ugly big island and we’ve been importing sand, hundreds of trees, building a lake, etc. to make it not ugly lol

This week, on May 24, 2022, YouTuber Matthew Beem shared a photo from the island that MrBeast will soon be giving away.

No new video today. Recording 3 of our biggest videos of all time! We will be back next week to never missing a Tuesday upload!!

In other news surrounding Feastables, MrBeast has begun teasing a secret project with it in partnership with YouTube Shorts.

In an Instagram post, he says he wants to fly a couple of fans out to VidCon, an influencer convention in California, to do “something insane.”