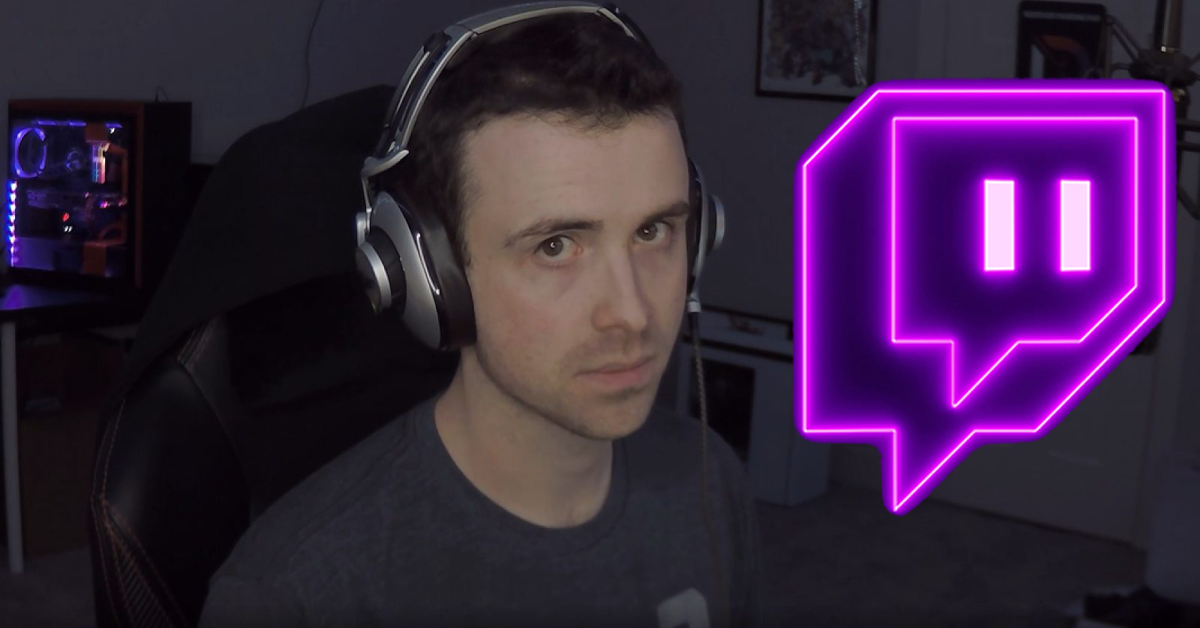 Roughly a year ago, Benjamin ‘Dr.Lupo’ Lupo shocked the streaming world with his monumental platform swap from Twitch to Youtube. However, even if he no longer streams on the platform, Dr.Lupo still actively uses Twitch in order to be able to talk to his friends. However, he might not have that chance to do so for a while due to him being banned for “Unsolicited Sexual Advances” after sending a very funny message.

For the next 7 days, Dr.Lupo won’t be able to do such due to his most recent ban on the Amazon-owned platform. In typical Twitch fashion, the reasoning for the ban arrives in an email from the platform describing why they made the executive decision. In Lupo’s email, Twitch clarifies that the reasoning for the ban derived from an “Unsolicited Sexual Advance” the Youtube streamer had done. After reading the email, Lupo took to Twitter to provide further context for the email, explaining that he had sent “Sit on my face” in his good friend Ninja’s chat. 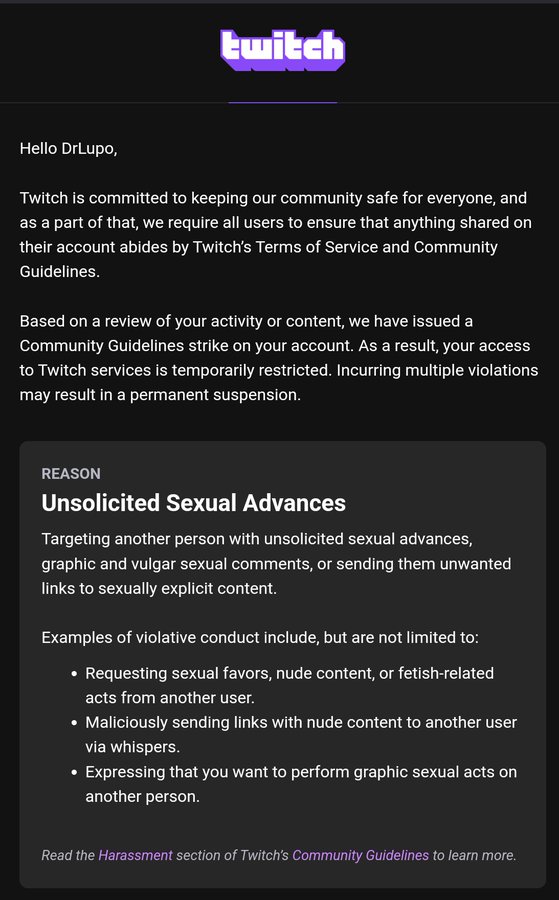 Whether or not Dr.Lupo is in the wrong for sending such a message is up to the reader, however, Twitch decided to give Lupo suspension for days.  However shortly after making his tweet, he revealed that he had been unbanned and learned his lesson. Whether or not the tweet is the reason as to why he was unbanned is still up in the air, however, it isn’t farfetched to assume that a second look was taken regarding the ban once the tweet went live.

I have learned from my mistakes and am already unbanned 🙏🙏🙏 no more face sitting for me 😩 https://t.co/tWk8tyzVgx

With the saga of today being over, it’s still hilarious to know that this will forever live on as one of the greatest Twitch memes in history.